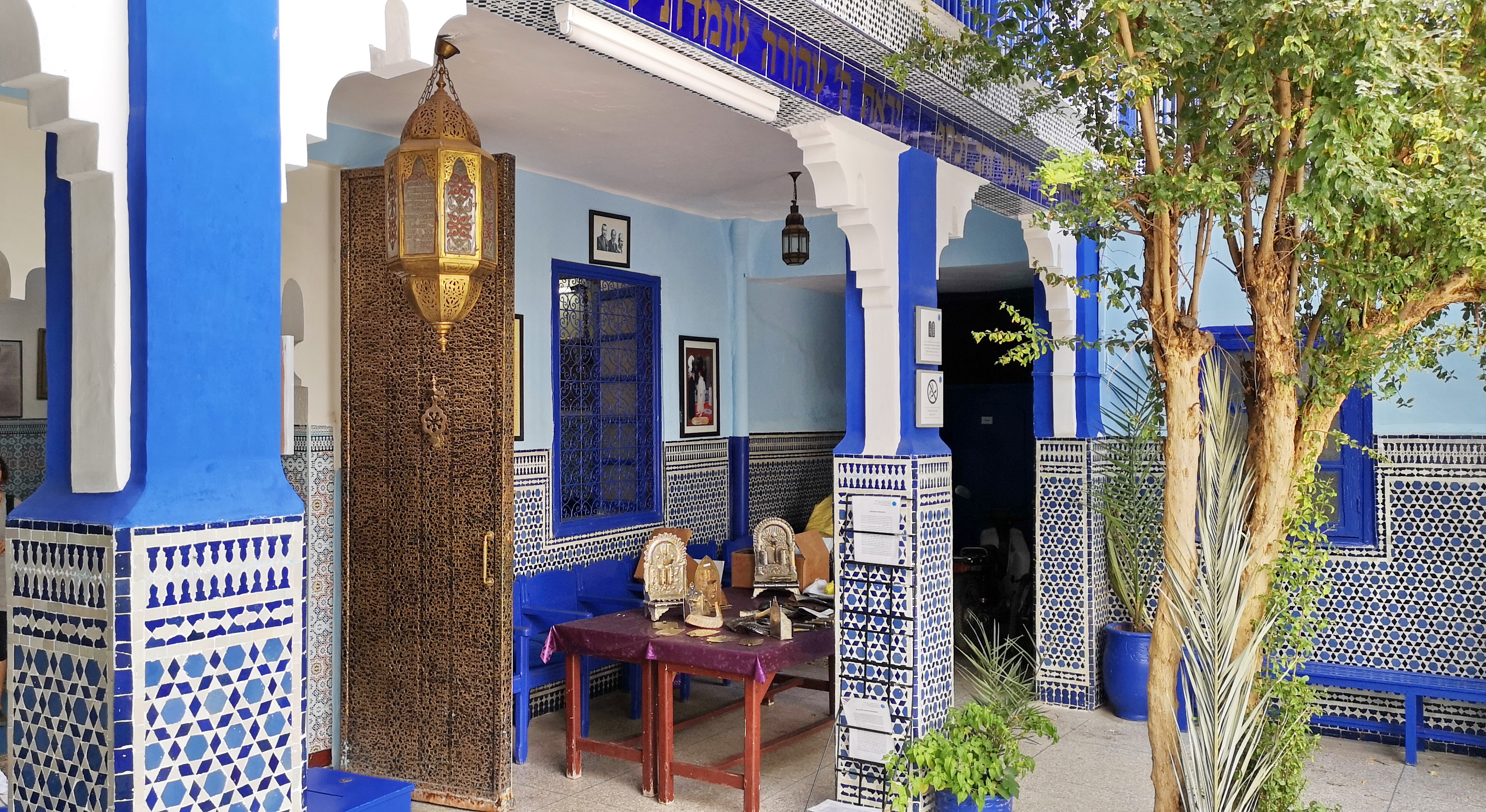 As we have already discussed in previous posts, the Jewish community resided for hundreds of years in the territory that now belongs to Morocco long before the Arab civilisation. This population was eventually the most numerous in the territory. However, one cannot ignore the Jewish presence in Morocco and the cultural heritage that this people passed on to North Africa.

Indeed, for many Jews living in Israel today, Morocco is still the land of their ancestors. For this reason, more and more people are becoming interested in getting to know the land where the roots of many families come from and are encouraged to take a tour of the country from the Sahara Desert to the High Atlas Mountains.

In Argania Travel we have been encouraged to design a tour that gives visitors the opportunity to discover the most characteristic Jewish places: cemeteries, the old “Mellah”, to which we dedicated a post a few months ago, the impressive synagogues or the tombs of famous Jews of that time, among other curiosities.

The tour lasts six days but, if you wish, it can be extended to two weeks, which would consist of discovering the corners of Jewish heritage through the so-called “imperial cities” of Morocco:

Arrival in Casablanca, transfer to the hotel and dinner in a Casablanca restaurant to round off the first day of the trip.

This day is destined to discover the Jewish part of the beautiful city of Casablanca. The route will show you iconic sites such as the Hassan II Mosque until you reach the first Jewish temple still preserved as Temple Beth-El, the Jewish Synagogue. This centrepiece of the Jewish community in Morocco is now a major tourist attraction due to its beauty and significance.

For lunch you can visit the Jewish Club and the next stop will be the Jewish Museum, which offers an insight into the traditions, daily life and history of the Jewish people in Morocco.

After this interesting visit, we will head to Fez, which is about 3 hours away for sunrise and start a new day’s journey from this city.

Waking up in this beautiful city, the ancient capital of Morocco, we will pass by emblematic places such as the Medersa Bou Inania until we reach our first Jewish destination: the Mellah. Here we will visit the beautiful Ibn Danan synagogue, three centuries old, and the Jewish cemetery.

Afterwards, we will stroll through the largest medina in the world, which is that of Fez, as well as passing by the tanneries and other emblematic places of this city full of history and charm.

In the morning we will head to Meknes, southwest of Fez. On arrival we will visit the old town and the Jewish Quarter, which is remarkable for its well-preserved Jewish-style architecture.

The Great Mosque, the royal stables of Meknes, the mausoleum of Moulay Ismail or the Roman ruins of Volubilis are some of the most important sights of the city that we will visit during this day.

Afterwards we will drive to Marrakech to spend the night there and take advantage of the day in the morning.

Last but not least, Marrakech offers plenty of opportunities to learn about the Jewish past of “The Red Pearl”.

In addition to passing the impressive tombs of the Saadi dynasty, we will visit the Mellah synagogue built in 1492. This synagogue called Slat al-Azama can be visited and has a beautiful central courtyard and is one of the most emblematic buildings in the historic centre of Marrakech.

From the airport in the city of Marrakech we will take a plane back home.