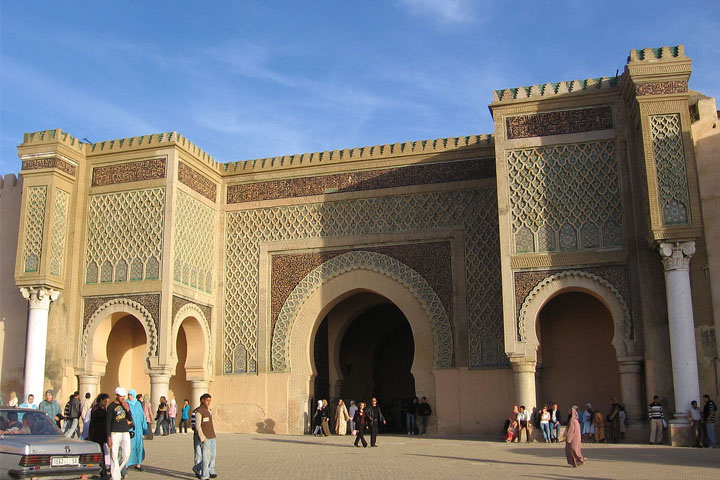 July 17, 2018By adminPosted in Imperial Cities

Meknes is a Muslim city that offers all the advantages of its privileged geographical situation, surrounded by enviable landscapes and marks of its history. It is a must-see place between Atlantic plains and the plateaus of the Oriental and between the Middle North Atlas and the pre-Rifeian colonies.

Imperial City of Morocco that mixes historical splendor, softness of living and authentic flavors. Meknes will enchant you from the first moment with its wide defences,  imposing palaces, Kasbahs, mosques and madrassas… All of this makes Meknes an essential city for lovers of archaeology and history. What is more, the fertility of soil here makes fruits taste better than in any other part of the Kingdom of Morocco.

Founded in the tenth century by the Zenetes Meknasa tribe, attracted by the fertility of its lands and the abundance of water. Later conquered by the Almoravids dynasty, it was originally a military site then developed with the Almohade dynasty and Merinídes. At the end of the 17th century it expanded radically during times of Mulay Ismail.

The first palace that was built by Mulay Ismail, Dar el Kbira, has two mosques and more than twenty houses. Dar al-Makhzen presents a magnificent perspective of open-air arcades. The mausoleum of Mulay Ismail is a measure of the greatness of the Sultan.

Places of interest in Meknes

Crossed by the river Boufekrane, the story of Meknes is being watched carefully by two sides of the city. Bab Mansour Bab and Berdaine, two doors that make this city the capital of beautiful doors.

Bab Berdaine concentrated all commercial and diplomatic exchanges with the North and abroad. It is a door worthy of the royal neighborhoods.

Heri Souani dates from the time of Mulay Ismail and is said to have housed up to 12,000 horses, although it was also a storage place for food products. The views it offers of the Agdal basin and the entire imperial city are spectacular.

The Agdal Basin was a giant source of drinking water that irrigated the harem and the gardens. The Mulay Ismail Mausoleum is one of the few religious monuments open to non-Muslims. Here you can find the royal tombs of Mulay Ismail and his family. 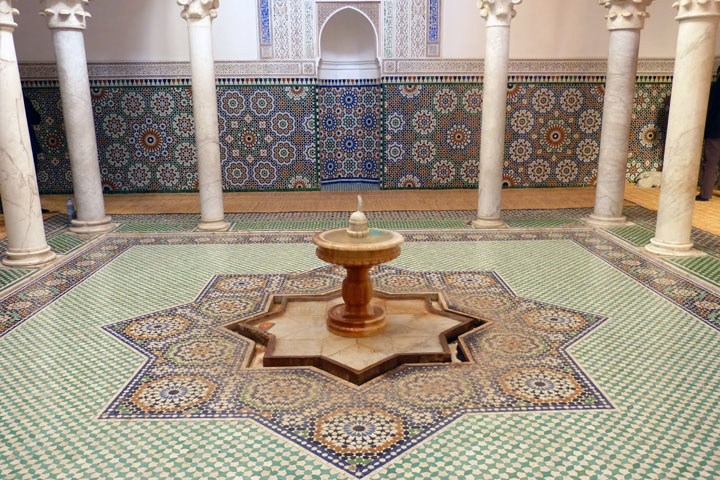 Although the medinas are part of the emblematic places of all Arab cities, the one of Meknes deserves special mention. Buildings that defy time, walls that extend over forty kilometers in length, pierced by twenty fortified gates, towers and bastions. The doors are works of art and the souks offer a picturesque and unusual journey.

The square of Al-Hédim is the starting point to discover the medina of Meknes. The southern side of the square is bordered by a covered food market, where you can buy olives, candied lemons, spices and an authentic Morrocan mint. 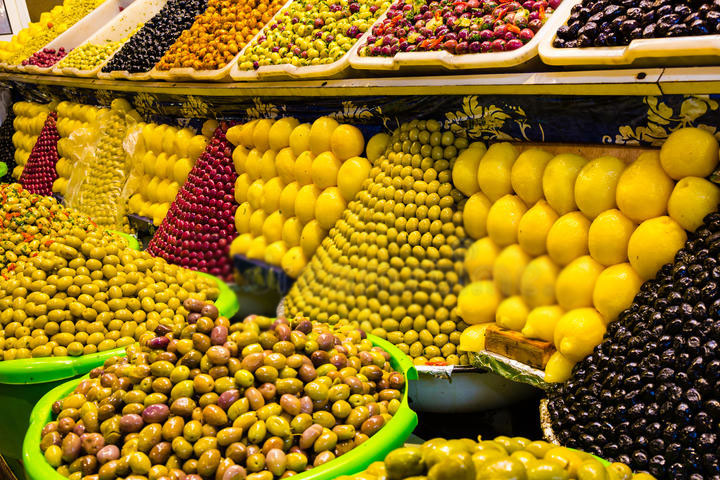 Dar Jamai with Hispano-Moorish style was built around a magnificent Andalusian garden. It is a perfect sample of the wealth of Moroccan families’ homes in the 19th century. Located on the edge of the Al-Hédim square and the medina, it is now the regional museum of ethnography.

Nejjarine Street gives inmediate access to most bazaars. The artisans create new pieces in small stalls lined up along the alleys where the activity is always intense.

The Bou Inania Madrasa is a true masterpiece that was built according to the classical plans of the Koranic school: a central courtyard with a pylon surrounded by a gallery and a prayer room. The patio walls covered with zelliges, chiseled stucco and magnificent sculptures in cedar wood.

With more than 50000 artisans, Meknes perpetuates ancestral technical knowledge. It leaves an authentic stamp in the art of carve and paint in wood, and in work with fabric, iron or leather. Damascene technique in Morocco is exclusive to the city of Meknes. It consists of embedding strings of copper, silver or gold in the metal. 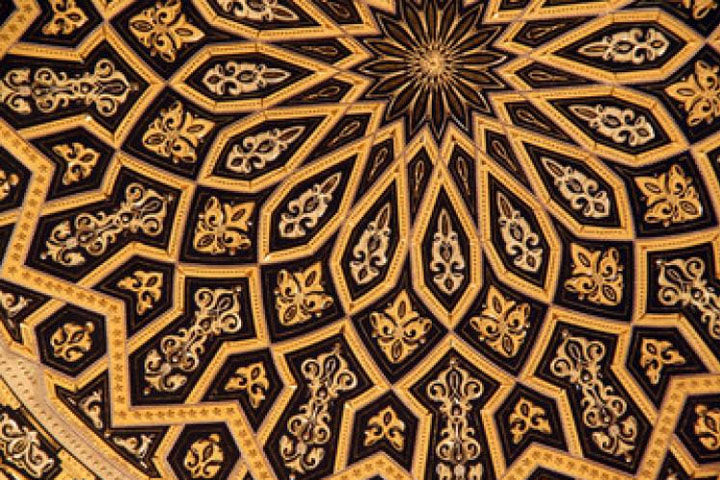 Rich and varied music is also part of the artistic wealth of Meknes. The Malhun is the favorite music of the inhabitants. It has been influenced through the centuries by the rhythms of Andalusian music and popular songs.

Known as “the water castle of Morocco” and forest, pastoral and agricultural land, Meknes knew how to make its local product a star product of the region: its olive oil, its wines, its date palm culture, its horses or its trout.

Golf has a great historical importance with the Real Golf de Meknes that offers an 9-hole golf course and is open night and day throughout the year.

For all lovers of hiking or endless walks, Meknes is a friend for all seasons and weather conditions as it reveals new colors, thousand-year-old forests, lakes and inexhaustible water reserve.

Meknes, also known as the City of the Kings with one of the most beautiful Haras in the country. About 150 stallions remain there of pure Arab race for those who love horse riding.