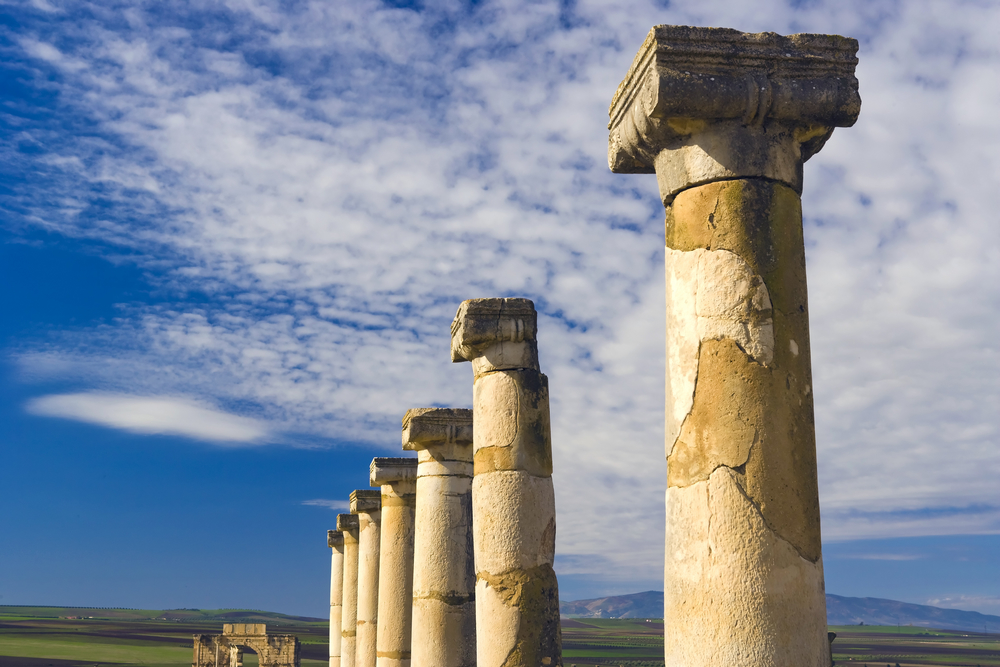 Volubilis: the Moroccan history at the foot of the Zerhun

April 26, 2019By adminPosted in Travel Guide

If there is something that makes Morocco unique, it is its history. The country of Morocco has been the home of several great civilizations whose culture has left an impressive historical and monumental legacy, in which numerous architectonic styles converge.

In this particular case, we talk about Volubilis; an ancient Roman city located in northern Morocco at the foot of Mount Zerhun, only an hour and a half drive out of Fez city and an hour and a quarter from the city of Meknes. Designated as a UNESCO World Cultural Heritage site in 1997, it is considered the best conserved roman site in North Africa. 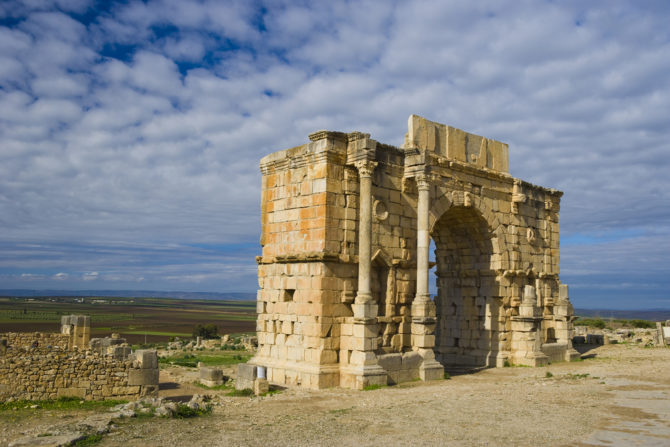 SPLENDOR AND ABANDONMENT OF VOLUBILIS

This city was founded by the Carthaginians in the third century BC and back than it was named Ouili. It belonged to the kingdom of Mauritania and, in the year 40, this city also became part of the Roman Empire when the two kingdoms were annexed. However, 200 years later, the Romans moved to Tingis and the city of Volubilis was abandoned until the Arabs came in the 7th century.

Centuries later, in the 18th century, the Alaouite sultan Moulay Ismail dismantled the buildings that remained in Volubilis and then looted for stone for the building of Meknes.

The Volubilis ruins were devastated by an earthquake during the 18th Century. Although Volubilis experienced depopulation, the Lisbon earthquake that struck the area in 1755, was crucial to the future of this historic city, turning it into the ruins of an ancient Punic and Roman population. 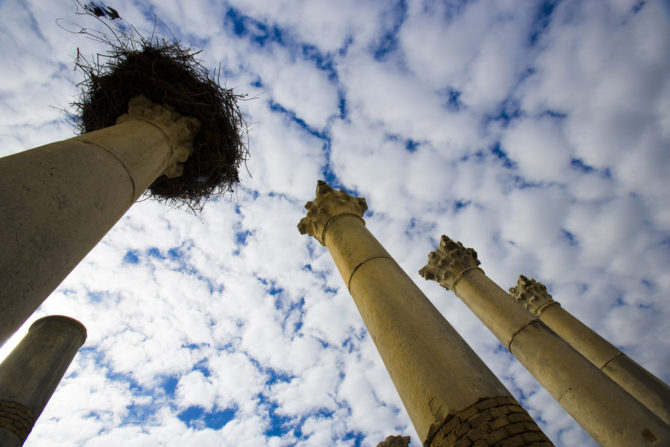 The French are thought to have founded this city, with the protectorate located in the area over a hundred years ago. Nowadays, there are still many remains for excavation. The archaeological rests of the city occupy 20 hectares and its most significant and well-preserved monuments are the forum, a basilica and an aqueduct from the II century. What is more, The Temple of Jupiter is worth mentioning as it is located at the top part of the city, from where an impressive panoramic view of the town can be contemplated. Also, the Arch of Caracalla, the gateway to the city of Volubilis, is a Roman arch of the early III century, located on the west side of the forum.

It deserves to see magnificent ruins of the city that gave so much to the world. The best moment to visit the ruins is at dusk and in the beginning of the night, when the sun’s rays contour the ruins, and the gray colour of the Roman city along with the green of the nature welcomes you with a landscape that will provide an unforgettable experience.

A visit costs only 20 dh, which corresponds to approximately € 2 and the visiting hours start at 08:00 and last until after sunset.