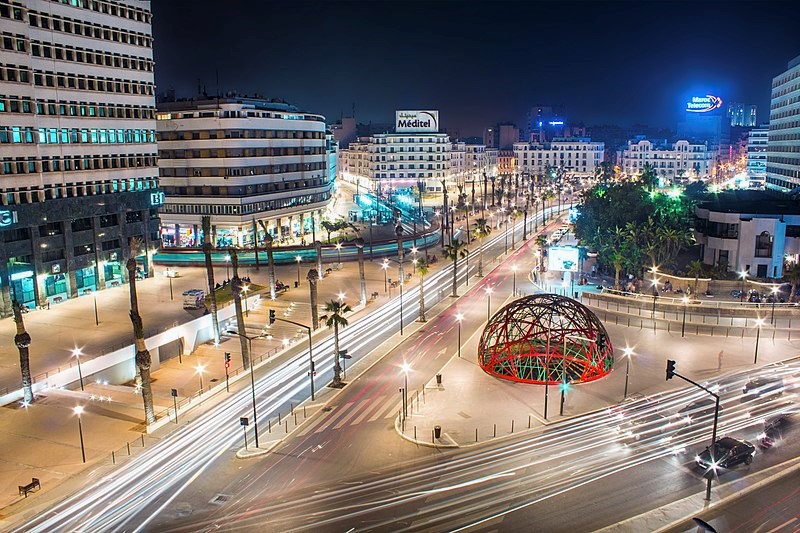 The United Nations Square in Casablanca

Far from dividing the city in two, in Casablanca, the city of the sea and the immaculate white, there is a point of connection between the old Medina and the new city, built during the French occupation throughout the 20th century. This nexus between classic and modern, between the past and the present, is none other than the United Nations Square, undeniably one of the most emblematic places in the city.

Once built as a market by Joseph Marrast in 1920 and initially called La Place de France, the United Nations Square is one of the most visited spots of Casablanca, since together with the Mohamed V Square it occupies the city’s epicentre. This is proven by the fact that the square occupies a privileged position among many streets of Casablanca, as city’s main streets converge on this square: Mohamed V, Hassan II, F.A.R, Houphouët-Boigny and Moulay-Hassan I.

What is interesting is that the square can be crossed quickly through the underground passage that runs from one end to the other and is signaled by the futuristic-looking Zevaco dome. That allows to avoid the bustle of people that usually takes place every day, since the square is constructed in such a way that due to is central position and the fact of being connected to the tram network, there is a constant flow of traffic.

Despite all this, it is worth wandering around the famous square and getting lost among its modern shops, cafes and restaurants, from which you can also enjoy the view of the majestic fountain that dominates the space and the white of the buildings, among which stand out the Hyatt Regency Hotel and the St. John’s Anglican church.