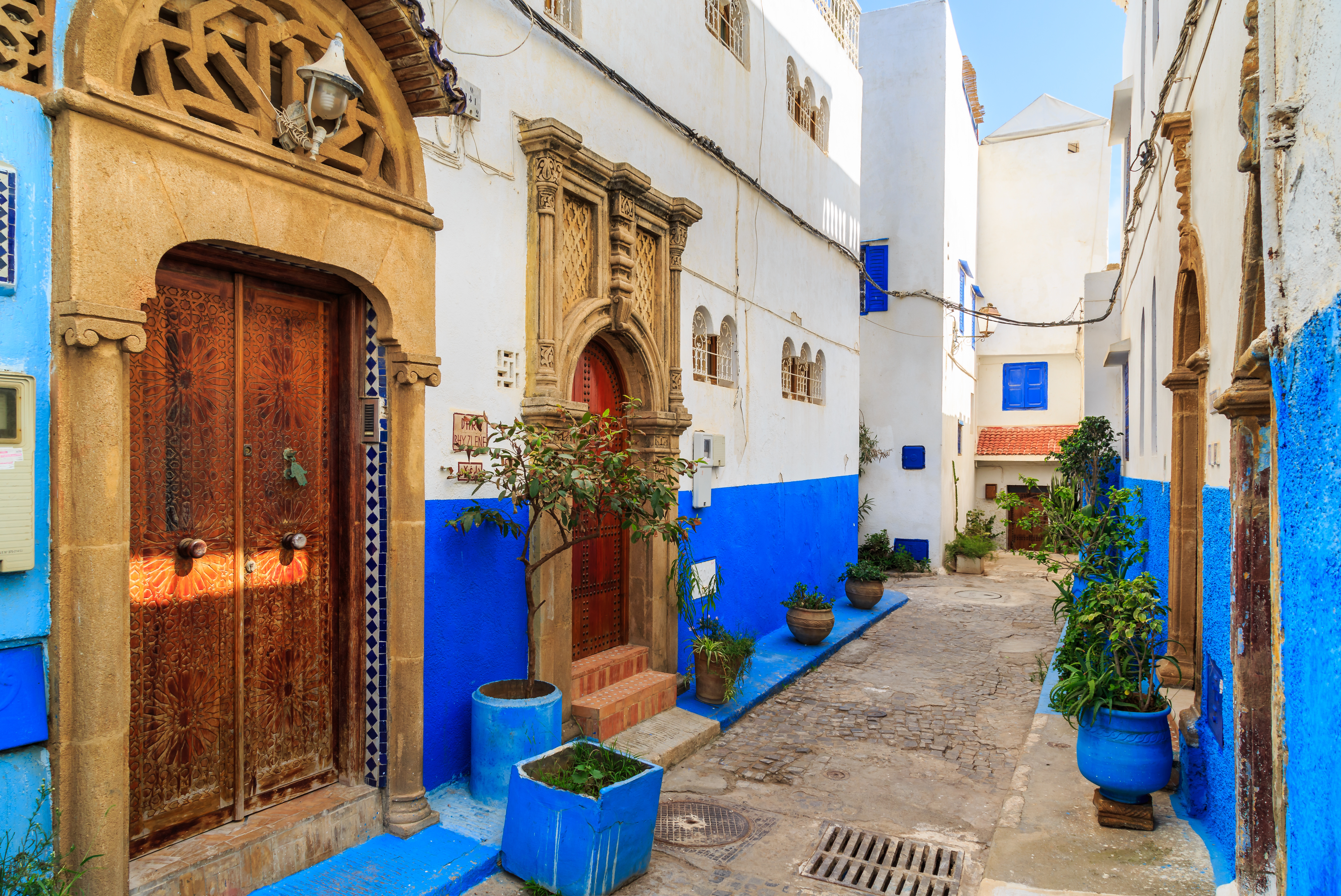 The historical heart of Rabat is from Extremadura: the Oudayas Kasbah

January 11, 2020By Nuria HuesoPosted in Culture

In the Atlantic city of Rabat, that corner of northern Morocco that faces the ocean, we discover a neighborhood that does not go unnoticed. It is the Kasbah of the Oudayas. Surrounded by walls and full of steep and narrow streets, this little one enjoys the soundtrack of waves that break with the docks of the port, something that makes it a unique place.

If we want to know the origin of this very special neighborhood, we have to go back to the 12th century when the Almoravids built a refuge in the highest point of the city with the ability to defend themselves against any attack coming from the Almohads. Although the neighborhood that remains is not that of the Almoravids, since the Almohads managed to tear down the camp that the first built, it was rebuilt by the latter also providing it with a palace and the Jammaa-Al-Atiq mosque, the oldest in the city.

The most curious thing about this neighborhood is the story that happened next to the neighborhood. After centuries of forgetting by the later civilizations, in the 18th century it revived again. The splendor of the Kasbah of the Oudayas is its Andalusian and Extremaduran origin. When the last Moors of the peninsula were expelled by the Spanish king Felipe III found in Rabat a refuge of salvation and a place to settle after the massacre. Thus, the vast majority of the new tenants in the neighborhood came from the town of Extremadura, Hornachos, specifically from Badajoz, who formed an independent republic in the Kasbah.

During this same century, before the arrival of the Extremadura and Andalusian Moors, a tribe from the Sahara, named the Kasbah. The oudayas, as they were called, were established in the reign of Mulay Ismail and protected there to avoid the attack of other tribes.

Knowing a little more about the history of this corner of Rabat, the characteristic wall that surrounds it comes from the 16th century, although only a part. The other part was done by Mulay Rachid.

One of the most beautiful points of the Kasbah of the Oudayas is the door that has the same name of the neighborhood. Decorated in the purest Arab style with decorations as if it were a jewel from the Almohad era, it is worth going through because it is like entering another dimension. What also makes this neighborhood unique in the area is, in addition to its pristine and old houses, the colors with which they are painted. The blue and white colors are part of the heritage of the architecture of the houses in Andalusia that continues to endure in this authentic Rabat neighborhood.

All these elements allow you to travel in time when you cross its streets. Although one of the impediments is the ease it has to lose you, the Kasbah of the Oudayas allows you to hire guides to show you the most charming and authentic corners and viewpoints of the neighborhood. However, to avoid surprises, it is advisable to set the price before the visit because some tend to take advantage of tourists. Except for this reason, the Kasbah of the Oudayas is a magnificent destination if you want to know the historical and cultural heart of Rabat.