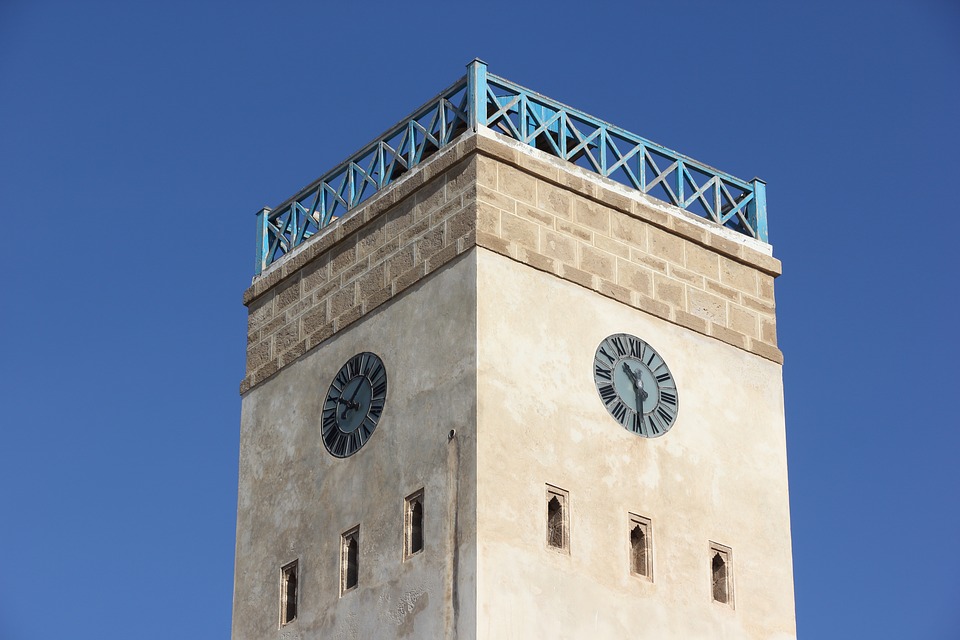 The mystery of Essaouira’s “Big Ben”

March 10, 2020By Nuria HuesoPosted in Culture

In many wonderful and beautiful cities that have the Atlantic coast of Morocco, it is difficult to choose which one stands out from the others. To save us from that drama, at Moroccan Travel we wanted to pay tribute to everyone. For tourists, the best beaches in Morocco are next to the cities.

Although the city, which has a total of 80,000 inhabitants, is often a common complaint for Moroccans in the interior, Essaouira is not crowded and tourism is booming. For this reason, its beautiful medina still enjoys the authenticity of Moroccan sellers and its people show affection and the traditional hospitality with which their culture is characterized.

Beyond its walls and beaches, to enter the narrow streets full of galleries that form the medina, you must access through three monumental gates, known as Bab Sbaa, Bab Marrakech and Bab Doukhala.

Essaouira’s architecture, in particular, does not go unnoticed either. The whiteness of its walls and the blue of its windows are not a coincidence, they have a lot to do with the islands of the Mediterranean. However, the structure of the measure is divided into two. The one with more activity and greater activity is the one that is between Oqba Ibn Naffia and that is where the Clock Tower is located, precisely that architectural work that we will talk about today.

The centenary clock tower in Essaouira, located on Oqba Ben Nafi Avenue, is one of the neuralgic points of the Medina and the closest towers that enter the Bab Sbaa Gate. The Clock Tower, or also known as the “Big Ben of Essaouira”, was built in the 1920s by Marshal Lyautey and belongs to the largest mosque in the city, known as the Ibn Youssef Mosque of 2000 square meters. This tower, recognizable by the use of four clocks, one on each side of the tower, is one of Essaouira’s symbols. It serves as a reference point, and although the clock stopped working in 1997, fifteen years later one of its watches was repaired and is now working again. However, some believe it is impossible to hear their chimes. The only way to experience the mystery of Essaouira’s “Big Ben” is to solve it yourself on your next trip!