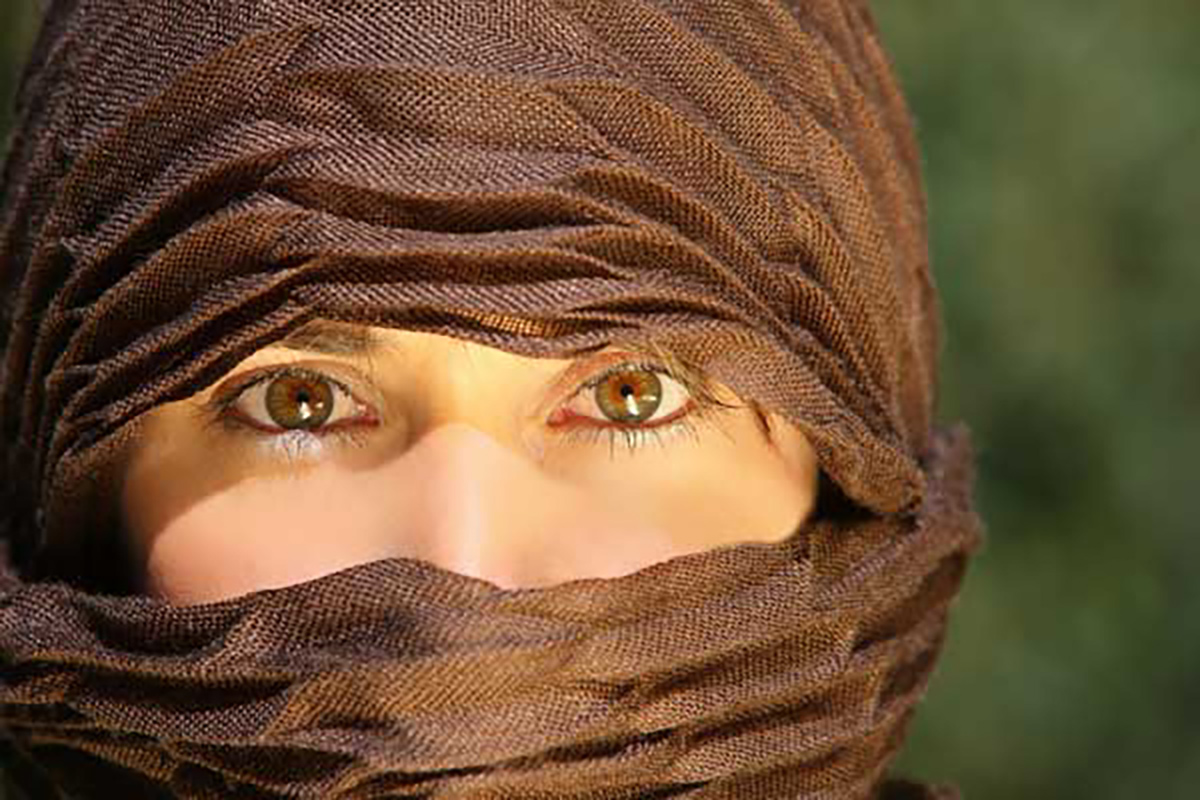 Why do muslim women wear veils?

Shayla, Al-amira, Khimar, Chador, Nikab, Burka or better known as yihab, is a garment worn by muslim women that has become a female identifying element of muslim culture. Worldwide, the jihab is a symbol of the culture of Islam that attracts attention. In this post we are going to delve into its use and about the controversy that currently exists in Morocco due to its use.

Although its use is not prescribed in the Qur’an, the geographical and, therefore, ideological variety has made its use in Morocco and the rest of the Maghreb countries different from that of other Muslim countries in the Gulf, horn of Africa and Central Asians.

When, from Western countries, we refer to the veil, a multitude of stereotypes influence that hints at the collective ignorance that exists towards Muslim culture. Depending on where you belong in the Muslim world, women use one or the other. In fact, those that cover the entire face except the strip of the eyes are generally used in Morocco, since their use comes from Gulf societies such as Saudi Arabia and is spreading to countries such as Egypt. This is called a “niqab“. On the other hand, there is the “burqa” that we mistakenly call all this type of garment. However, this is a tunic that covers the entire body of women and is used especially in Afghanistan, among other clothing related to this culture.

As you can see, the world of these garments is wide. It identifies a woman who actively practices Islam and, therefore, if you travel to a country like Morocco, it is important to know its history and why it is used.

The stereotype that exists in western countries like Spain where it is believed that women wear veils out of obligation is false. This depends on many factors.

For many Muslim women, wearing the “veil” as we can colloquially call it, is a symbol of identity. Although, as we said before, the Koran does not force its use, for many of them, wearing the veil is a way of rejecting globalization and a symbol of rebellion against the cultural heritage sentenced for centuries by western countries and colonialism.

For many others, wearing the veil means going to fashion, since it falls within the clothing of this Muslim world, so it also means a style trend. According to the experts in Moroccan culture, the veil is a choice that is equally well seen to wear as an old woman as when young.

In Morocco, for example, the manufacture of burqa and nicab is prohibited, since in the country its use is considered as a degrading treatment of women although it can be used.

In short, wearing the veil does not necessarily mean conservatism. Before criticizing its use among women, it is important to know the historical and cultural context of its use to better understand this way of life.