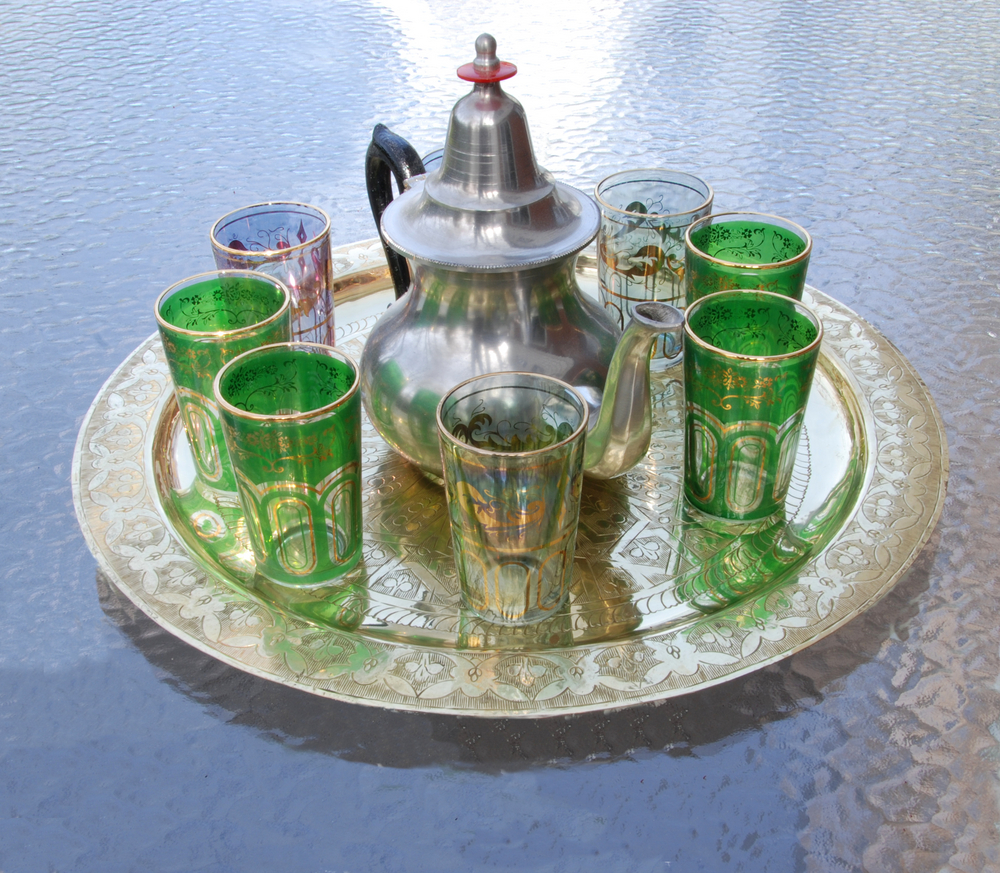 Moorish tea and its secrets: how to prepare it in the purest Moroccan style

Although now the confinement and the crisis situation is directly impacting our natural routine, the only possibility we have of living new experiences is locked up at home. For this reason, an option to travel, in addition to seeing photos and videos that take us to that place that we so long to visit, is to experience its flavor.

In this sense, the typical Moroccan food and its usual accompaniments are much easier to make than you think and savor them whenever possible, allowing us to travel through the sense of taste to other places. Thus, one of the most recurrent and easiest recipes to prepare is the well-known Moroccan tea.

If we imagine a typical smell for Morocco it would be mint. This spice is used very frequently in the kitchen of this area of ​​the Maghreb. This ingredient is essential for green tea or better known as Moorish tea, which symbolizes the country’s national drink. In all of Morocco it is usual to prepare it after lunch.

Tradition says that it is the men who are in charge of preparing it and that rejecting its offer is considered as a rude gesture since it is shown as a gesture of hospitality to the guests.

But what is the secret of its popularity? The typical preparation of Moorish tea, which is also called peppermint tea or mint tea, is the product of permanent contact of the tea leaves with the boiling water of the teapot. This is what makes him special and generates the bitter intensity that characterizes him.

How the taste of Gunpowder or green tea is converted into Moroccan tea.

To create this antioxidant, refreshing and digestive mixture in the purest Moroccan style we need four fundamental ingredients:

Firstly, the necessary amount of tea should be added to the teapot depending on how many members are going to drink, recommending 2 or 3 grams per person or what is the same, a teaspoon of tea. Then, the boiling water is poured and left to rest for a few seconds until the infusion obtained is discarded. In a second time, add boiling water again, a handful of fresh mint and sugar. One of the factors that give it that special flavor is the way to pour at a certain height in their respective crystal glasses. This causes it to be oxygenated and its flavor and aroma are enhanced.

Among the characteristics that complement its exquisite tasting is the number of times it is served. According to tradition, the first glass is said to be “sweet as life”, the second “strong as love” and the third “bitter as death”. This change in flavor is due to the intensity of the sugar served in the teapot and not in each glass. This means that each time it is served, the sugar has more presence in each glass, a secret known only to tea professionals who are the same Moroccan population.