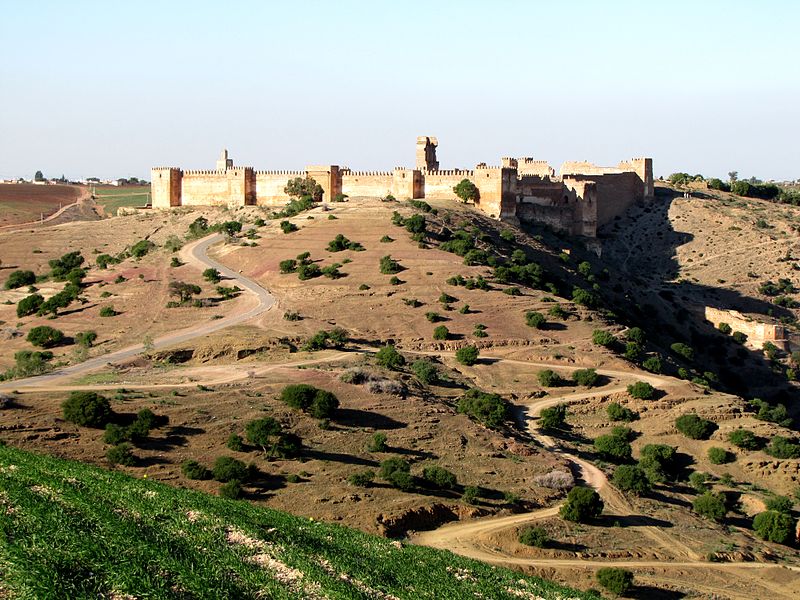 Among the ruins of the Kasbah Boulaouane

March 31, 2020By Nuria HuesoPosted in Culture

If you spend a few days in El Jadida, you will be surprised by all the activities you can do to entertain yourself. Although to satisfy your intrepid spirit, the number of cultural corners of the area will keep your most investigative face always awake.

Not so far from El Jadida, this city hides 68 km from much of its history. It is known as the Kasbah Boulaouane, an old fortress already in ruins that still has many interesting places to visit. To access it, it is recommended to take a detour through Settat and ask there. Although much of its walls have been demolished due to the passage of time and due to the lack of aid for its conservation, now only the ruins of the wall, some walls of the mosque and the zawja can be seen.

His creation was carried out by Sultan Moulay Ismail in 1710 with seven bastions like those that can be chosen in similar european constructions. After accessing a climb with which we will dream of touching the end, we find the famous arched access through which one enters the premises. Right in the courtyard, the first place you find when you enter, you can see the sultan’s house, easily recognizable for being dominated by a tower with decorations. Also from the central courtyard is the prison where Christian prisoners were held, who were punished after being captured during the wars against the Christians. Around the patio include the beautiful decorative mosaics that can still be seen between its walls.

Its view from the Kasbah to the Oum Er-Rbia river is unique due to the height of the hill on which this fortress stands. On the banks of this river, in addition to the arid landscape and reddish lands, you can see the abundant orchards of olive, lemon, orange and even acacia trees in the areas closest to the slope. In the great explanation next to the hill where the Kasbah de Boulaouane rises are the famous vineyards with the same name of the fortress. This is where the popular red and gray wines are born, known for their manual production, very typical in the area. Its arduous climb is worth it.

If you decide to experience the sensations that this space gives you that transports you to an old medieval fortress, your discovery can be guided. Sometimes, one of the porters of the Kasbah de Boulaouane lends itself to show you the most inhospitable corners of the building, through a friendly guided tour with this guard who is the one who knows the mysteries of the enclosure best.