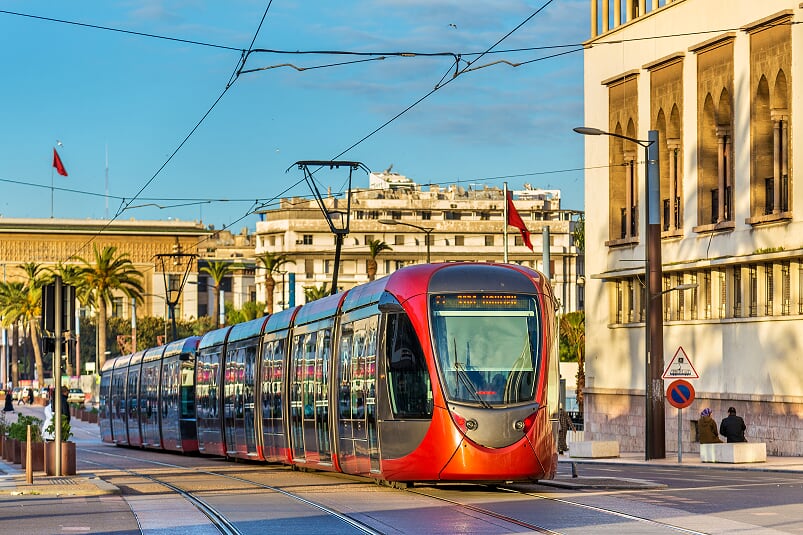 December 3, 2019By Nuria HuesoPosted in Culture

If this city in known Morocco is characterized by something, it is because of the characteristic style that can be seen in the decoration of its buildings. Built at the beginning of the last century, the buildings of Casablanca tell the history of the city during the colonial era in which it became the center of urbanism and architecture. Although this style can be observed throughout Casablanca, especially in the center there are many buildings with neoclassical decoration, ornamentation with art-deco and art nouveau motifs that were influenced by European 20th century movements without forgetting the influence of Moroccan art.

We could say that it is the city where it was most built based on this style. In the first decade of the last century, specifically around 1912, the french General Lyautey, finds the most innovative architects to give that modern character to Casablanca. At the hands of the architect Prost, Moroccan urbanism is regenerated and with Laforque and Laprade delve into the reason to regenerate the city from the base of the territorial and urban organization of the economic capital of Morocco. However, with Marius Boyer, Alexandre Courtois, Edmond Brion and Georges Candilis among others, they placed Casablanca at the forefront of the world’s architectural experimentation.

The decoration itself that was emerging in the Moroccan city managed to be a source of inspiration for those styles that were emerging on par in countries like Germany. Elements such as the traditional Moroccan architectural style influenced the next Cubist movement and local crafts became the basis of the new Art-Deco and Neo-Arab architecture that emerged in this Moroccan city.

This mixture of tradition and modernity can be seen throughout Morocco, however, to find the corners where the architecture shines with its own light, it is mandatory to visit the Mohammed V Boulevard where buildings such as the Glaoui stand out, in Rialto cinema, the Central Market or the Assayag II.

In the center of the city, Mohammed V square is characterized as the link between the medina and the modern city. In this, the architectural pearls of Casablanca coexist as the headquarters of the Wilaya, the post office, the Palace of Justice and the Bank of Mor
Modern and traditional architecture combine in Casablanca occo. In addition to these, the Villa des Arts, located next to the Arab League combines both artistic schools giving Casablanca that stamp impossible to forget for any traveler.