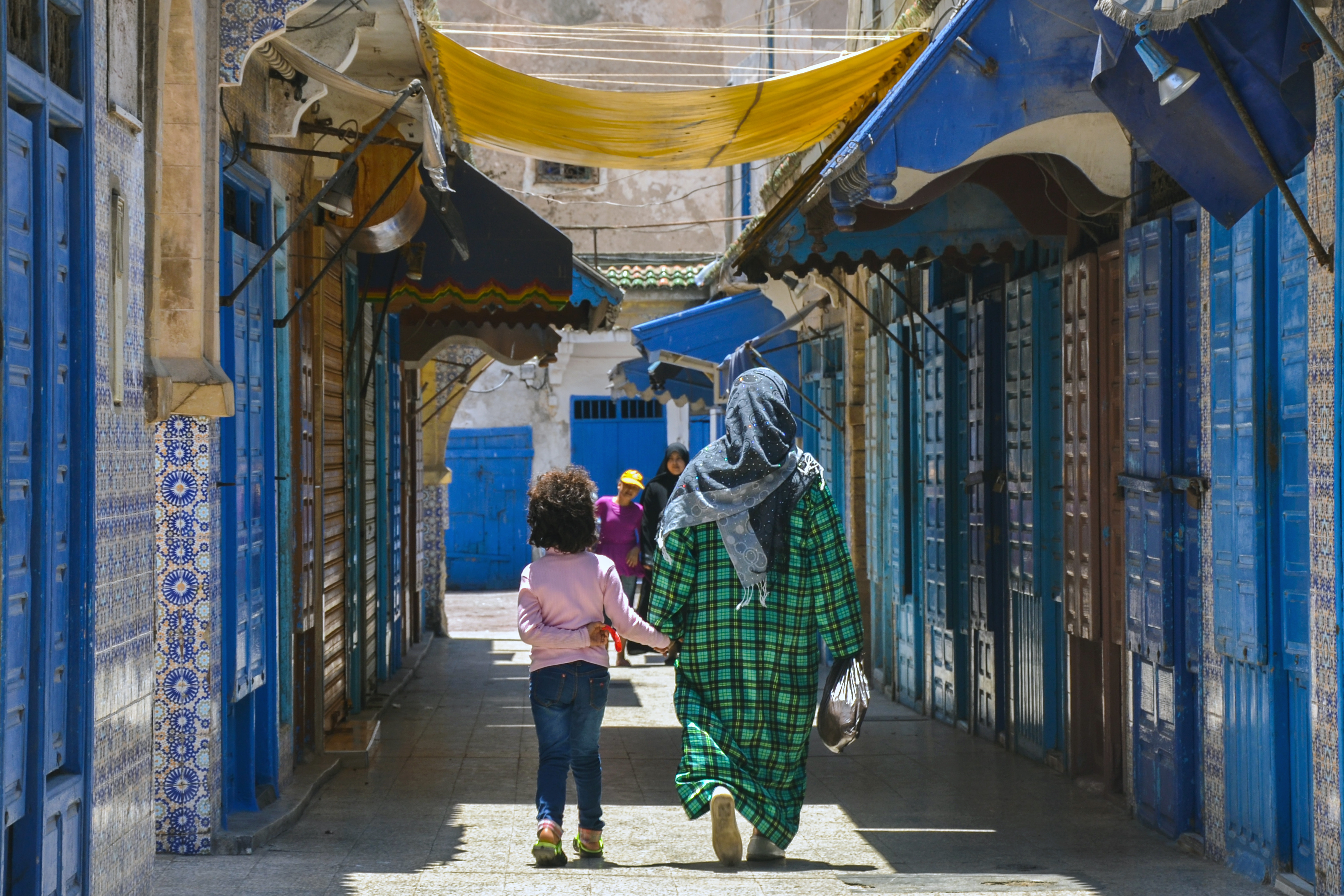 Mellah, the jewish neighborhood in the medina of Morocco

November 8, 2019By Nuria HuesoPosted in Culture

According to an article from Arab Studies of Complutense Editions, the central or medinas neighborhoods in the Moroccan cities were characterized by the coexistence of various religious cultures where they participated in the life of the neighborhood peacefully. In addition to the Muslim zone, mostly in the cities, jews were forced to reside in a neighborhood surrounded by a wall. Known as “mellah”, the jewish quarter was created in pre-colonial Morocco and was changing as the ruling dynasty changed creating a different and exclusive neighborhood for Jews, or also known as “dhimmi minority.”

Both neighborhoods, the Jew and the Muslim, formed a coexistence structure although this relationship is only recognized by scholars who, they say, mellah became a “specific” part of the neighborhoods where the heterogeneity of the Moroccan society of the time.

Mellah was characterized, despite the prevailing muslim context, because the jews enjoyed freedom for their religious practices and administrative autonomy. The structure of the neighborhood, although it was inspired by the muslim medina, used to be more regular, limited because they had no possibility of expansion, which resulted in height development, more population and perhaps the worst condition, unhealthiness.

According to the researchers, during the time of pre-colonial Morocco and the founding of the state of Israel there were 300,000 jews of which there are currently only approximately 3,000 family groups.

Each new dynasty, politically protected these Jews by creating exclusive neighborhoods for Jews who, under Islamic law, were under the protection of the Sultan of each moment, which led to the emergence of a suspicious Muslim identity of the Jewish community for this proximity to the power.

Currently, the main mellahs are integrated in the cities, although their role in the medina has always been crucial in understanding the reality of the Moroccan medina for centuries.

On the morphology of the so-called “Islamic cities”, Jean Sauvaget, made a study on the plan of the Moroccan city defined by this as “a set without a clear urban order.” However, one of the keys to understanding the medina is the mellah, defined by theorists as the “non-Muslim” and therefore the “secondary” regarding the organization of the city. Mellah is a Moroccan initiative that currently names everything conceived as “the jewish” in Morocco. Thus, what is considered Jewish is related to minorities but without being integrated as another component in urban studies of the history of the medina as a civil and social organization, according to researcher Masatoshi Kisaichi. For example, the historian Germaine Ayache used the term “mellah-guetto” to refer to the organizational discrimination of Jews in Moroccan populations.

Finally, the colonial trend of the twentieth century resulted in the homogeneous evolution of both cultures in the structural space of urbanization, integrating minority and majority neighborhoods in the urban fabric of the medina.