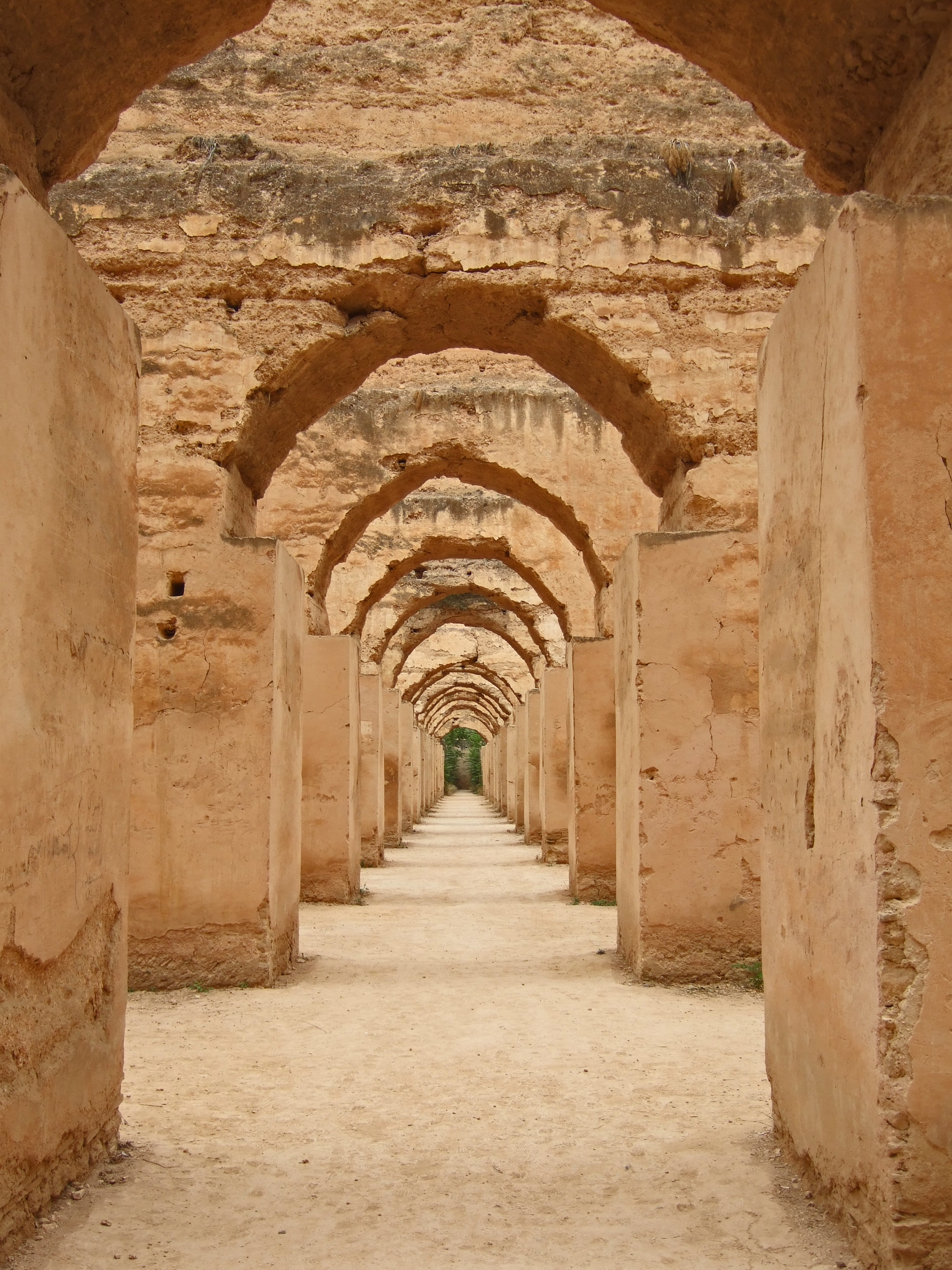 During the government of Sultan Moulay Ismail during the eleventh century, the city of Meknes, founded in the eleventh century by the Almoravids, was chosen capital of the kingdom during the government of the latter, founder of the Alawite dynasty. In it he located official buildings such as the royal palace, or also known as the Mausoleum of Moulay Ismail, the royal wall and also all official services such as the stables of the dynasty army horses. Although most are in ruins due to a strong earthquake in the eighteenth century, today they can be visited as they represent another of the legacies of Sultan Moulay Ismail to the city he founded, Meknes.

Located near the Swani pond, the stables are located in a red building after passing through rooms that were used as a place to store grains because, the great height of each room was characterized by its freshness and by underground rivers and water wells that supplied water from the Atlas mountains. This location, along with the width of its walls, favored the conservation of grain.

Upon arriving at the old stables, the arrangement of the arches is striking, a set of 22 walks, each with 14 arches running through the room where in ancient times the king housed his horses and those of his entourage.

The royal quarter, where the stables were housed, extended through this area, just outside Meknes, along with the rest of the royal units at the service of the kingdom. In these up to 12,000 horses were housed, which can make an image to the visitor of the dimensions of the set.

In addition to being an exhibition center, you can access the roof of the stables to browse the views they observe from above. From this place you can see the royal gardens, the Swani pond and the Meknes medina.

Although the criticisms about the stables fall on their state of conservation, they continue to impress. The culture and heritage buildings that are still preserved have turned Meknes Historic City by Unesco. According to the international organization, the culture that continues to reign in Meknes and its cultural and tourist attraction “still shows today the harmonious fusion of Islamic and European architectural style in the Maghreb of the seventeenth century.”