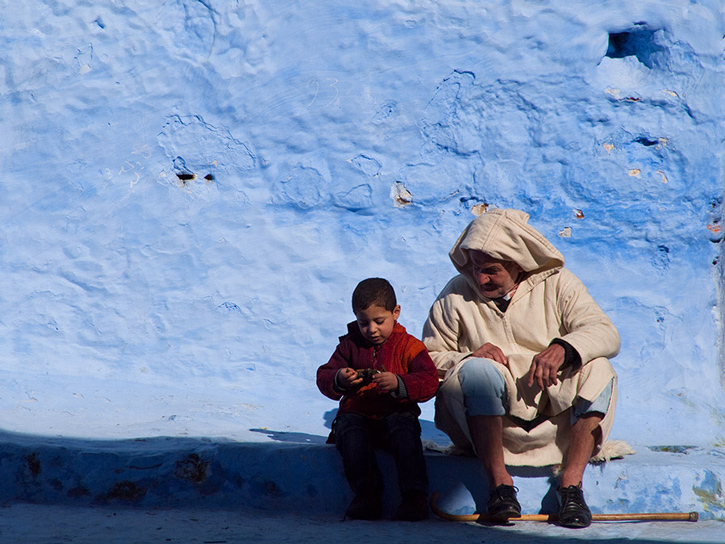 The Moroccan Jewish community: from Jerusalem to the present day

Morocco is a constitutional monarchy based on Islam. Despite its state structure where Muslim principles prevail in the political, judicial and social spheres, it should not be forgotten that several religions co-exist in this eastern Maghreb country. A multitude of cultures that relate to each other through peace and respect.

Walking through mosques, synagogues and churches is the most common thing to do in Morocco, a sign that endows the Arab country with pluralism and strong cultural links that denote this familiarity between peoples.
Among the peoples who live together in Morocco, the Jews stand out. A community of believers in this religion who have been living and practising Arab life in this part of North Africa for more than 20 centuries, in harmony with the other religions with the largest number of followers, such as Christianity and Islam.

Where did they come from?

With the destruction of the Second Temple in Jersualem in 70 AD, many of the Jews living in this area were forced to flee, dispersing throughout North Africa, central and western Europe and western Asia. The number of Jews who were sent to the Maghreb is uncertain, but today it is possible to make an estimate due to the 5,000 Jews who live in Morocco today.

According to historians, Judaism arrived centuries before Islam on Moroccan territory, with only the Berbers occupying Moroccan lands at that time. Their presence was such that fifteen centuries later, Jewish communities in other parts of the world, particularly in the Mediterranean region, were aware of the existence of these peoples in North Africa. We are talking about the expulsion of the Jews from the Iberian Peninsula by the Christian anti-Semitic movement of the time, who decided to move towards the Maghreb.

This concentration of Jews in the area enriched the plurality of this Jewish group, which was considered throughout the Middle Ages to be a people with a very rich culture, as it is said that they were trilingual because they spoke Berber, Arabic and Spanish, with Hebrew being the language par excellence of the rites and liturgies among the Jews from their origins.
From the 12th century onwards, the first Jewish quarter or “mellah” was created in Fez, integrated into the generally Muslim cities where its population occupied important posts such as craftsmen, merchants, tax collectors, etc. By the 18th century they were the perfect target for the Muslims because Sultan Yazid declared war on the Jews for having supported his brother’s succession to the throne. This, compounded by the Moroccan economic and political crisis, forced many of these Jews to emigrate in search of a better life away from the clashes with the Muslims and the other consequences of this action. It was one of the most popular destinations for Maghreb Jews in order to achieve greater economic opportunities.

It was not until 1863, however, that Jews and Muslims returned to establish relations in Morocco until the first half of the 20th century. During these years the Arab-Israeli war or Israel’s war of independence they were attacked globally all over the world, which caused the Jewish population to shrink steadily until today.

What about the Jewish community today?

With Israel’s independence, the following decades saw large waves of Jewish emigration to the country, including many Moroccan Jews. Thus, as mentioned above, there are approximately 5,000 Jews in Morocco today, with a concentrated presence in Casablanca.

The language spoken by Moroccan Jews today is influenced by their past in the Maghreb. They communicate through the Judeo-Arabic or Judeo-Berber dialect. It all depends on the French and Spanish foreign influence. If they are located in the first community they dominate French or Haketia and in the second they communicate through the Judeo-Spanish language under the use of modern Spanish, Arabic and Rifian.

Despite the low presence of Moroccan Jews on the social scene, they continue to play an important role in the country. Thus, Jews are increasingly willing to travel and get to know the ways of life of Jews in other parts of the world and create even more common links between the international Jewish community and travel. Morocco is an important player in this type of tourism as it is a way of socially, culturally and economically activating these increasingly close relations.