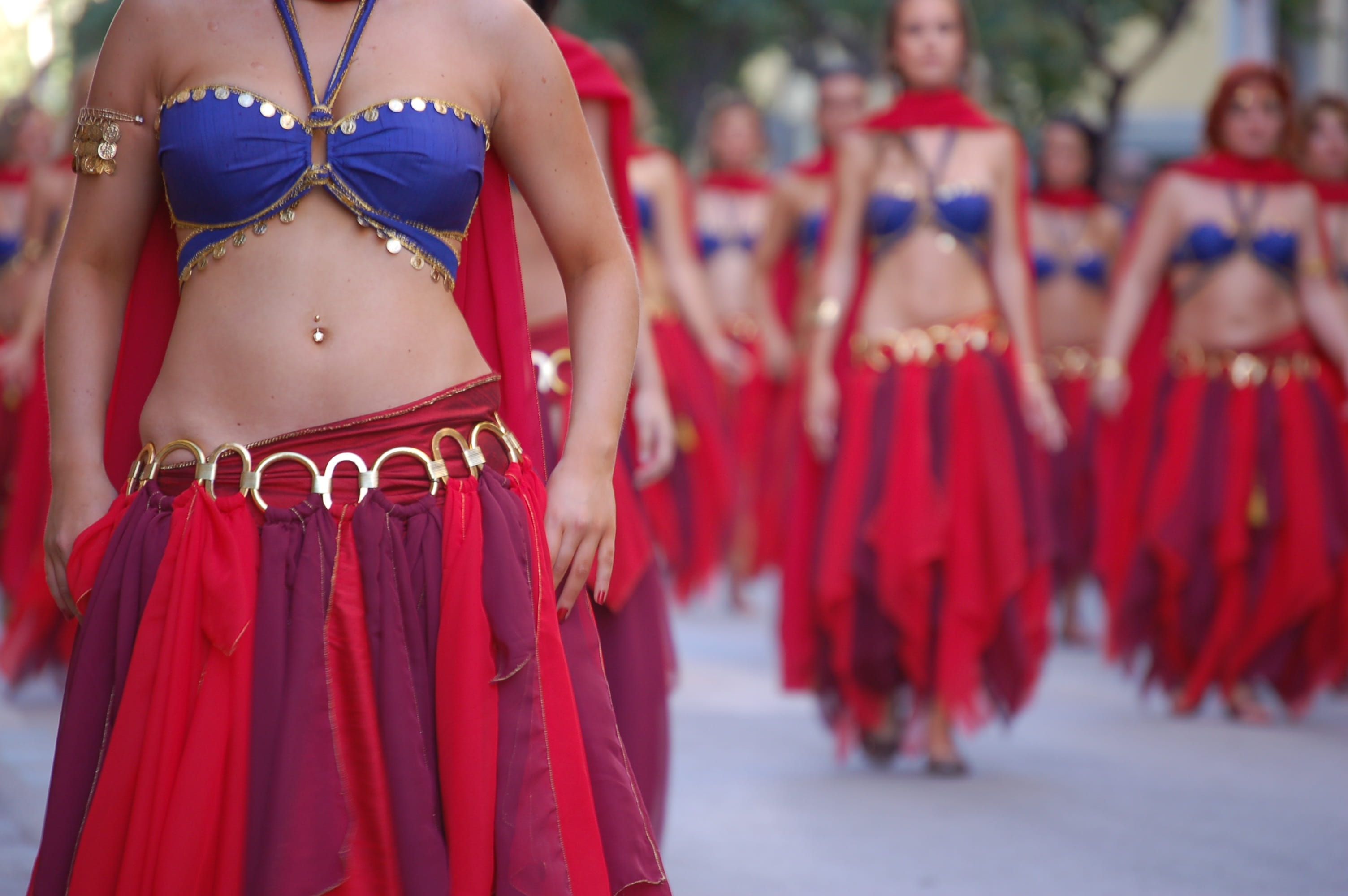 The healthy and funny exercise of belly dancing

April 10, 2020By Nuria HuesoPosted in Culture

Surely from your home you are taking advantage of the confinement to do things that you would never have considered before. One of the activities that are happening the most is practicing sport at home. Yes, it is possible, although it is not necessary to go around the living room furniture or the terrace. There are thousands of opportunities to stay active without going out. For this reason, from Argania Travel we propose that you delve into the culture of the Maghreb country by practicing an exercise as fun and healthy as the typical moroccan dance.

The also known as belly dancing may be one of the country’s best-known cultural manifestations, in addition to the large number of traditional dances that take place in Morocco. Belly dance, or also called “chikhat” has very broad historical roots still present today.

Although in ancient times it was a dance whose objective was to instruct young women for their work in the bedroom, to this day, whoever dances belly dance is really considered an artist, as professional dancers of any other dance can be. In addition, it is natural to dance at weddings and parties to celebrate any celebration.

The “chikhat”, which also usually appears written with “s” and known as “arabesque” have specific clothing for their practice. Sequin tops are often used in addition to long skirts or loose pants that are accompanied by sequins and accessories such as fine coins that produce sounds. In celebrations such as weddings, women wear the typical costume of these events called caftans, one long dresses and with beautiful embroidery. What is usually done is that a woman dances in the center of a circle formed by women while they applaud the rhythm of the music and the men get down on their knees and encourage the woman to continue dancing.

The music that accompanies the exercise has rhythmic alterations of the percussion instruments that make the dance become a succession of fast and slow movements. This is where the movements of the hip, abdomen and chest come into play, which are the parts of the body, along with the arms, that are most used during this dance.

It is a dance that requires a lot of preparation time since the steps are really difficult but with practice everything is learned. In Argania Travel we encourage you to look for a video or online classes that are numerous on the net and delve into the wonderful world of arab culture practicing a healthy and fun exercise.