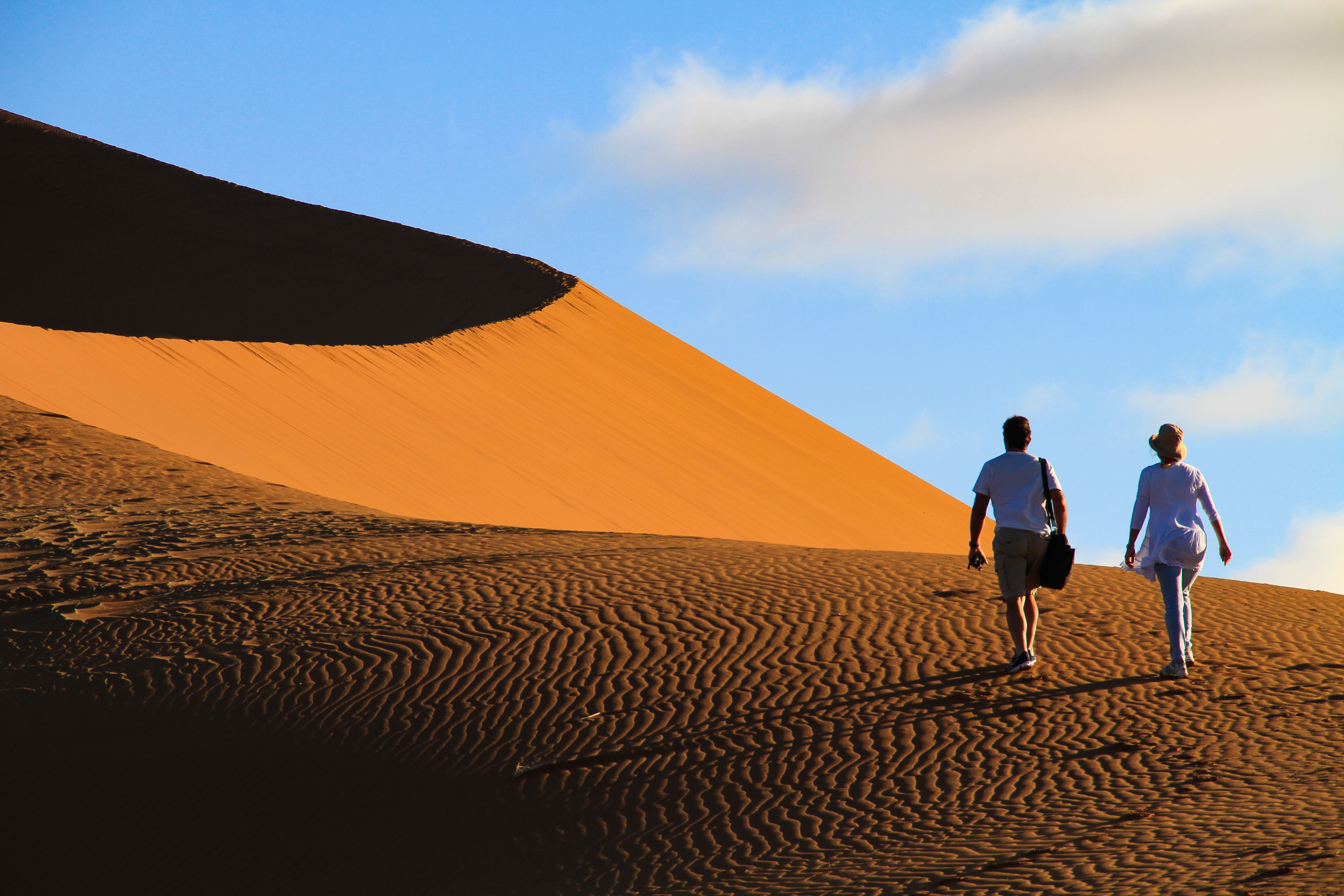 Behind the dunes: the secrets of the Sahara desert

On my last trip to Morocco, I remember an anecdote that I will never forget. I traveled for a week with some friends and colleagues throughout Morocco. Seven days in which we traveled a large part of the Moroccan north passing through the imperial cities of Casablanca, Rabat, Marrakech until we crossed the country and reached the entrance to the desert. There, where we spent two days riding camels and enjoying the spectacular scenery of the dunes, something magical happened to us that we will never forget.

At 6:00 in the morning, while we left the camels that brought us closer to the largest dune in the area, we started the sand climb to see that wonderful landscape for which we had risen so early. With an almost 90º slope and after several minutes of fatigue and almost suffocation from this morning sport, we reached the top of the dune and there we were dazzled by the light that appeared behind that peaceful scene.

However, this moment turned sour. A colleague when she got to the top made her way bad and she needed water or any food before she passed out. At that time none of us had food or water to offer him as we were fasting having done the excursion just before breakfast.

At that moment, the berber who accompanied us on our excursion, left everything he had brought and abandoned us for a moment in the vastness of the desert. Then we were scared, we thought about Murphy’s law, multiple movies went through our heads, we did not understand. While we wondered how to return to the haimas between one another, trying and fanning our friend to improve her condition, we saw in the distance how the Berber ran through the dunes and disappeared on the horizon. It seemed like our goodbye. However, from one moment to the next, he appeared again and ran in our direction but he was not doing it empty-handed. He was carrying a bottle of water. Where did you get it from? He did not answer us. It will be a mystery that we will never understand. Even today we do not explain it to ourselves.

There is only one reason: the secrets of the desert. When we think of one we tend to think of something lonely and lifeless, and it is just the opposite. There are generations of people who continue to live in them so life is possible. Its populations settled for thousands of years near rivers, aquifers or lakes, so, although anyone cannot appreciate or see it, those who live there know where they are and where to get the water they need from. is that, in case you did not know, the Amazon is sustained, among other factors, thanks to the dust and sand of the Sahara. No, they are not close, but thousands and thousands of grams of sand fly around the world every year and tend to end up in the Amazon rainforest.

More than 120 different species coexist in the Sahara desert and many of them are in danger of extinction. A paradise that is violated by increasingly high temperatures and drought. Climate change has begun to alter desert ecosystems in general and many of these species are being unprotected. For this reason, from Argania Travel we call on you to take care of your place of origin but, above all, also in the destination of your trip. A happy ecosystem will mean that in the long run we can continue to enjoy its life and charms much longer.