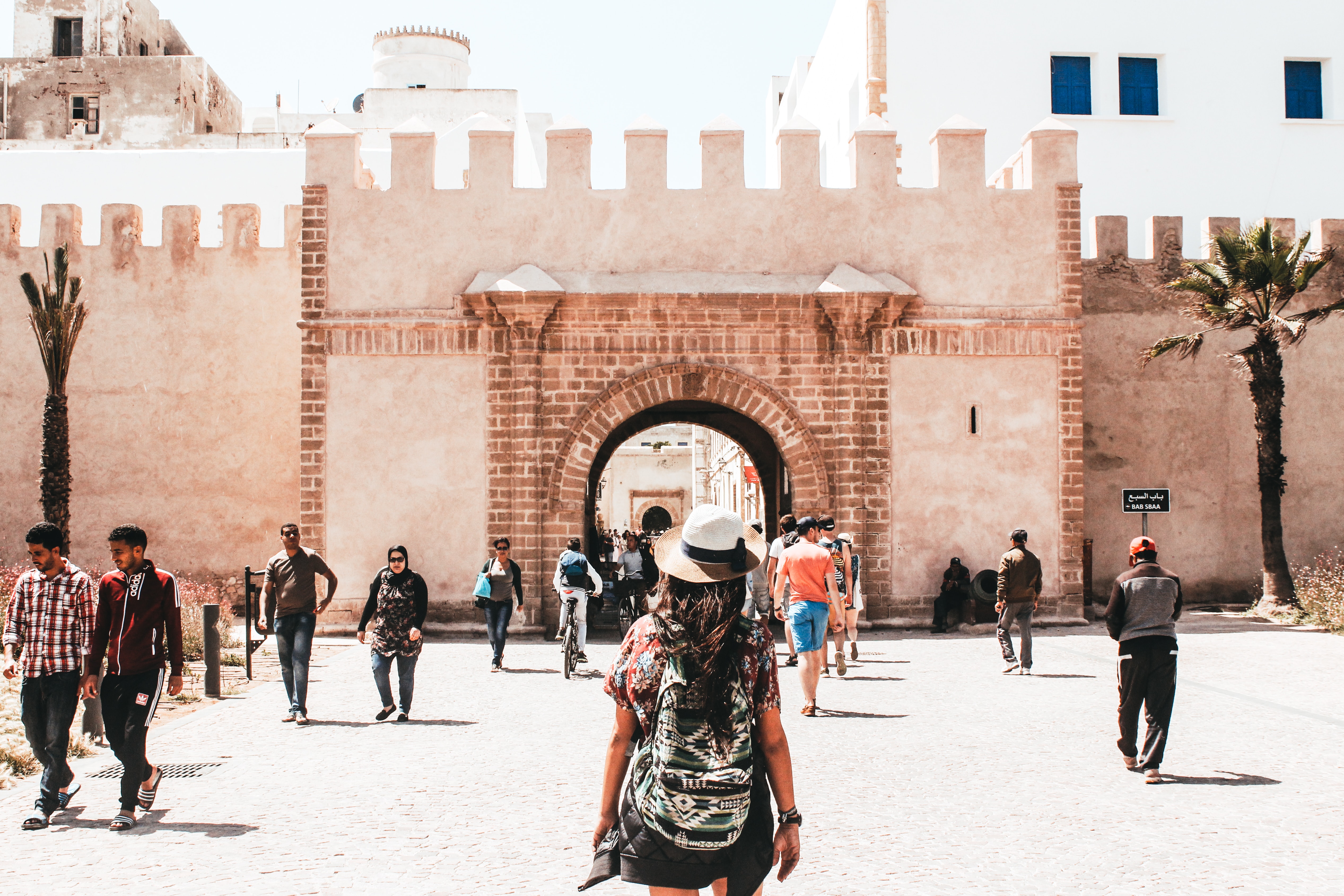 Doors to the heart of Essaouira

March 17, 2020By Nuria HuesoPosted in Culture

The charm of the coastal city of Essaouira is indisputable. Its fishing port, the wall of Skala de la Ville, the medina … make up a perfect environment to discover the wealth of architectural styles that Essaouira offers. Among the walled cities or better known as “bastides”, Essaouira occupied a key place in history. However, although this wall, more recent than Skala de la Ville, is easily recognized today, the process of creating the medina in its time included the creation of a medina that protected it from attacks.

The accesses to this medina through the wall, although not fully preserved, are still preserved. For this reason, to know the history of this Moroccan coastal town, it is important to pay attention to the architecture that makes up the structure of the city. To listen to a stone and each column is to know the history of a town. In this sense, the doors that give access to the Essaouira medina, in addition to being the original ones, introduce the visitor to a unique atmosphere that you can only find if you go through the arches that function as time machines.

No, we are not exaggerating. The Marina’s door, the Bab el Mechouar, the Bab Sbaa, Bab Marrakech or Bab Doukhala make their way to the Essaouira medina, a modest but charming space where, luckily, its labyrinthine streets lead you to discover another gateway.

The one that gives access to the port from the medina is known as the Puerta de la Marina. Its transit makes it one of the most popular in the city as well as offering visitors the possibility of obtaining the great view of the Glitter Islands, making it unique and making the picture an unforgettable spectacle.

Another of the entrance doors to the old town or medina of Essaouira is the Bab Sbâa, (the one placed on the cover). Built in the 19th century, it housed a permanent souk where the affected caravans from Marrakech and Souss sold their gadgets. Today, this door leads to the city’s tourist office and is also known for being the meeting place for a taxi.

It is a rounded door that connects the medina with the rest of the city. Its characteristic semicircular arch is framed with cut stones and, although the simplicity of its architectural and decorative design stands out, it is very well located. Its sober architecture is typical of the century in which it was built, the eighteenth under the command of Sultan Mohammed ben Abdallah. As its name suggests, this gate directed the roads towards Marrakech and Agadir.

It is a fortified gate that gives access to the Essaouira medina, also built in the 18th century. It is one of the most imposing and symbolic located to the northwest of the city and was built under the Alawite dynasty just like Bab Marrakech. Its name indicates the way to go to the territory of Doukkala.