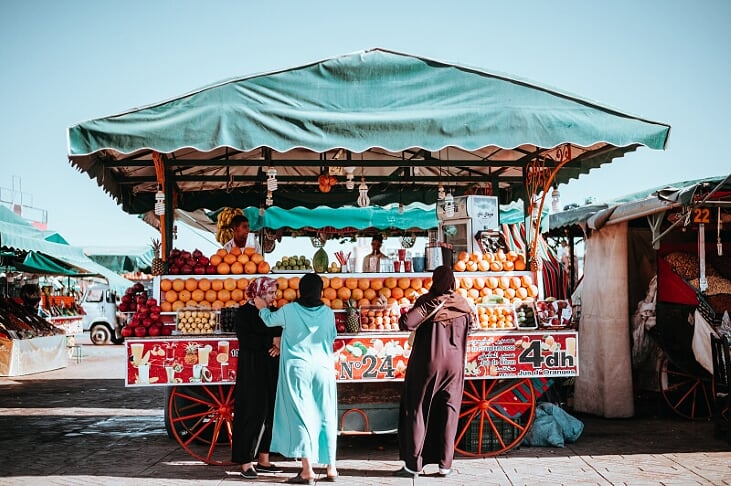 Dismantle myths: Why is traveling in Ramadan a good option?

April 28, 2020By Nuria HuesoPosted in Culture

As the ninth new moon of the year arrives, a new month begins on the Muslim calendar. Last thursday began “Ramadan”, as the ninth month corresponding to the lunar calendar is called in Arabic, a tradition that this culture follows and a different month in terms of collective and individual life.

In Morocco, fasting or “swan” normally begins a day after the one in most Muslim countries, which symbolizes one of the fundamental pillars of the Islamic religion. During sunrise until sunset they must fast, while at night they can eat and drink as much as they want.

However, just as it is a very familiar month of tradition and customs, it is a month of joy and reflection. In him humility and empathy are worked to better understand those most in need, put themselves in their place and, above all, value the food that is possessed.

For this reason, although economic activity and city life are paralyzed, this is not entirely the case. In this publication we want to show you what you will find when traveling to the country and why Morocco is a good destination to visit throughout the year including the months of Ramadan so that you do not miss a single detail of this popular tradition.

These and other questions are what you will find during your trip to Morocco during the month of Ramadan but, in reality, it all depends on the perspective of your trip. If it is not an excessively long trip and to little tourist cities where this change compared to the natural rhythm of the country and, we could say that European, it can be an unforgettable experience.

Traveling in Ramadan could be a wonderful opportunity to delve deeper into Muslim culture by being aware of and understanding its ethnological differences. Exploring Morocco on this date becomes an option where to know the meaning of this holiday: reflecting on sins committed by purifying body and mind and approaching your inner self through prayer. An open, peaceful and comprehensive culture like the Muslim will bring you closer to raising awareness about the social equality of classes between the poor and the rich, which is one of the reflections that are intended to be reached through Ramadan.