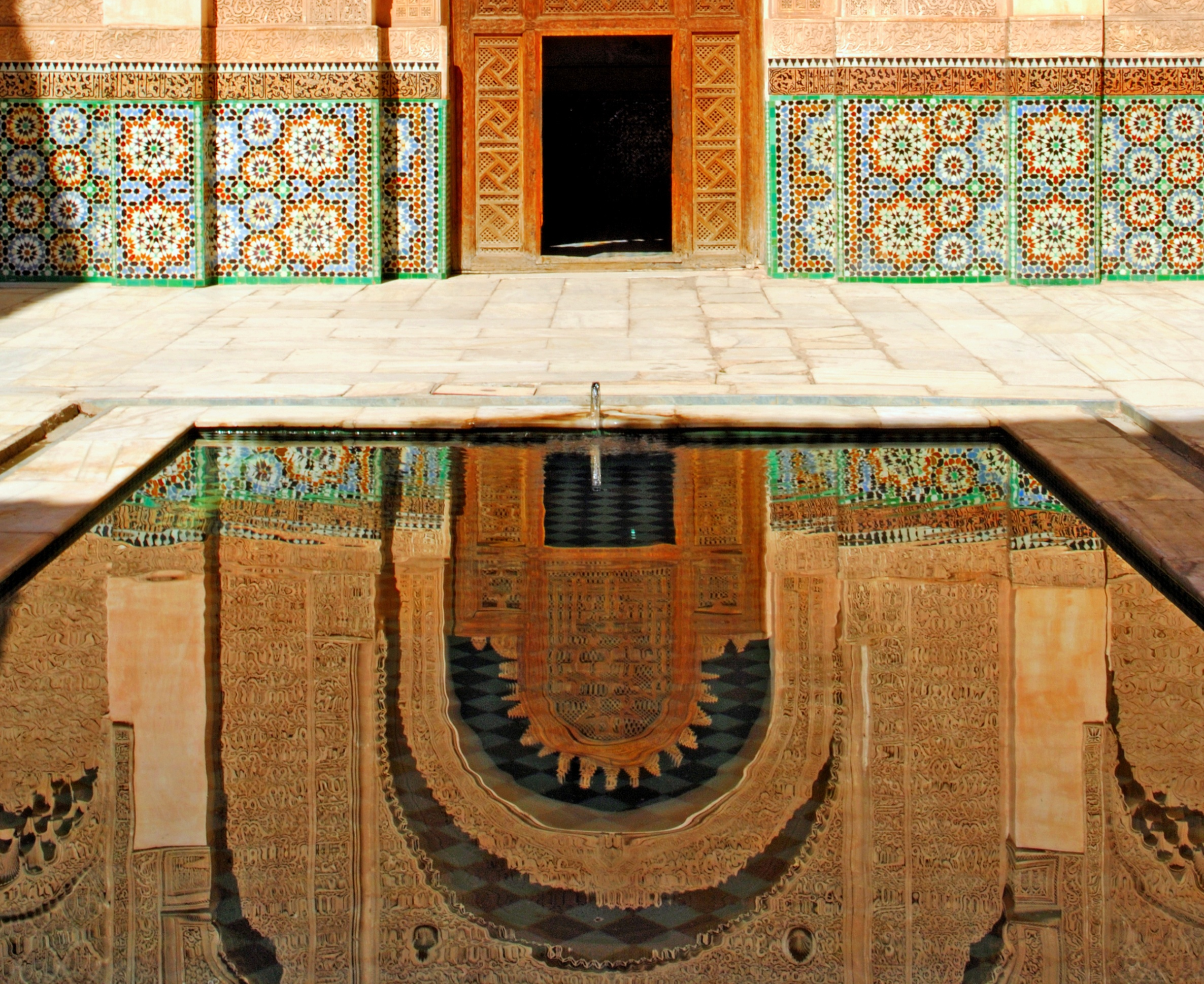 Between mosaics and stucco: The Ben Youssef Madrasa

The Ben Youssef Madrasa is an Islamic college par excellence situated in Marrakesh, in northern part of the city, next to the mosque of the same name. The Ben Youssef Madrasa used to be the most important teleological school in North Africa and was founded in the fourteenth century by the Merinid sultan Abu Al-hasan.

The word madrasa in the Arab culture means “school”, whether religious, secular, private or public. On the other hand, in the western world, the word usually refers to a religious school or college for the study of the Islamic religion. In this particular case, the Ben Youssef madrassa refers to a Koranic school whose teachings are based on memorizing the Koran.

This kind of school can be one of the examples that best describes Arabic architecture. We are going to reveal you a secret: if the exterior does not attract attention, you can be almost sure that inside the building there is hidden an incomparable artistic heritage. Among marble, cedar wood, stucco and colorful mosaics, there is a splendid courtyard flanked by marble columns with Mozarabic arches and a pond located at the center of the courtyard.

While wandering through the corridors of the building and visiting the rooms where the students were staying, we will find on the ground floor a prayer room that is worth entering. The Andalusian style still reigns inside the old school and can be easily noticed in details, forms and ornamentation that will not leave anyone indifferent. The floral and geometric motifs that fill the room go in line with the rest of the building by enhancing and captivating atmosphere. The Madrasa will end up embracing you with the natural light and the decoration of its muqarnas, columns and pilasters… A landscape that is sure to be unforgettable.

A MUST-SEE PLACE FOR PEOLE THROUGHOUT THE WORLD

When visiting the Ben Youssef Madrasa, don’t forget to see the mosque that is located in front of the Madrasa as it will complete your tour with all architectural gems that the red city hides. Also, if you want to soak up the city’s beauty and eye up the stunning sights during your stay, we also recommend visiting the pavilion of the Menara and the Koutoubia.