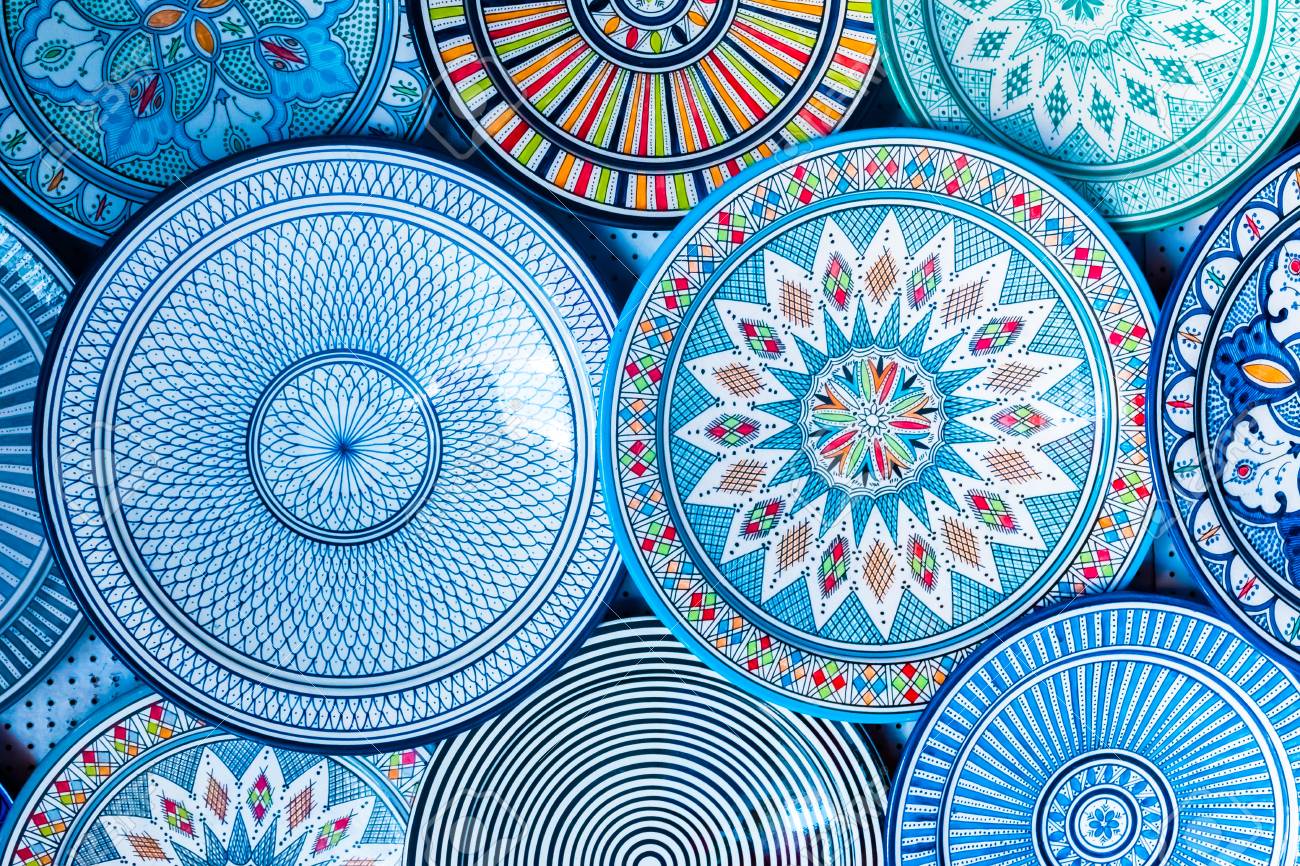 The art of Moroccan ceramics

Morocco is filled with hidden treasures, among them, a wide variety of pottery. No wonder it is a a central part of Moroccan home decor! The country of Morocco is renown for its pottery, that is one of the greatest specialties of the kingdom. The pottery tradition in Morocco dates back to the 12th century thanks to a surrounding areas that produce a rich clay. Three Moroccan cities — Fez, Meknes and, especially, Safi, are the main pottery centers of the country.

In the nineteenth century with the massive arrival of potters, the first porcelain workshop was created. It is where the typical decoration of the Fassi pottery was first incorporated that can be easily recognized by its cobalt blue and white designs. The artisans use the technique of double-baking, which means that when the clay obtains its shape, it is cooked again in order to gain bright colors.

Furthermore, most of the green tiles that are seen in many buildings and mosques throughout Morocco come from Safi, considered the capital of Moroccan pottery. Other places also known for their pottery are the village of Sidi Abderrahman and the Chaaba Valley.

Center of excellence for many of Morocco’s best known handicrafts, Fez, is known for the mastery in the art of ceramics, wood and leather. The cobalt blue color is a symbol of the pottery of this Imperial City and a shining example of Moroccan craftsmanship.

Take a tour of the Pottery Village in Fes and you will see firsthand the entire process of the craft of Moroccan pottery. In Fes, the pieces are cooked for hours at very high temperatures to later let them cool and cover with a white tin-glaze. On that glaze, the artisans draw blue geometric patterns. At the end, the piece is re-baked and tin finishing is applied, a distinctive feature of Fassi design.

It is interesting to know that Moroccan ceramics is uniquely designed and usually is available in four colors: blue, green, brown and yellow, and each of them corresponds to a different region of the country.

Located in the former palace of the governor, an old fortress built by the Portuguese in the sixteenth century is a must-see place for lovers of crafts. There, the local producers exhibit their pieces of art and convey the essence of their work: ancient ceramics, rural pottery, pieces from Fez and Meknes, Safi ceramics and contemporary pottery.

In case you do not want to enter to see the exhibitions, it is worth taking a walk around its environs. The building where the museum is located is very interesting and is surrounded by beautiful gardens.