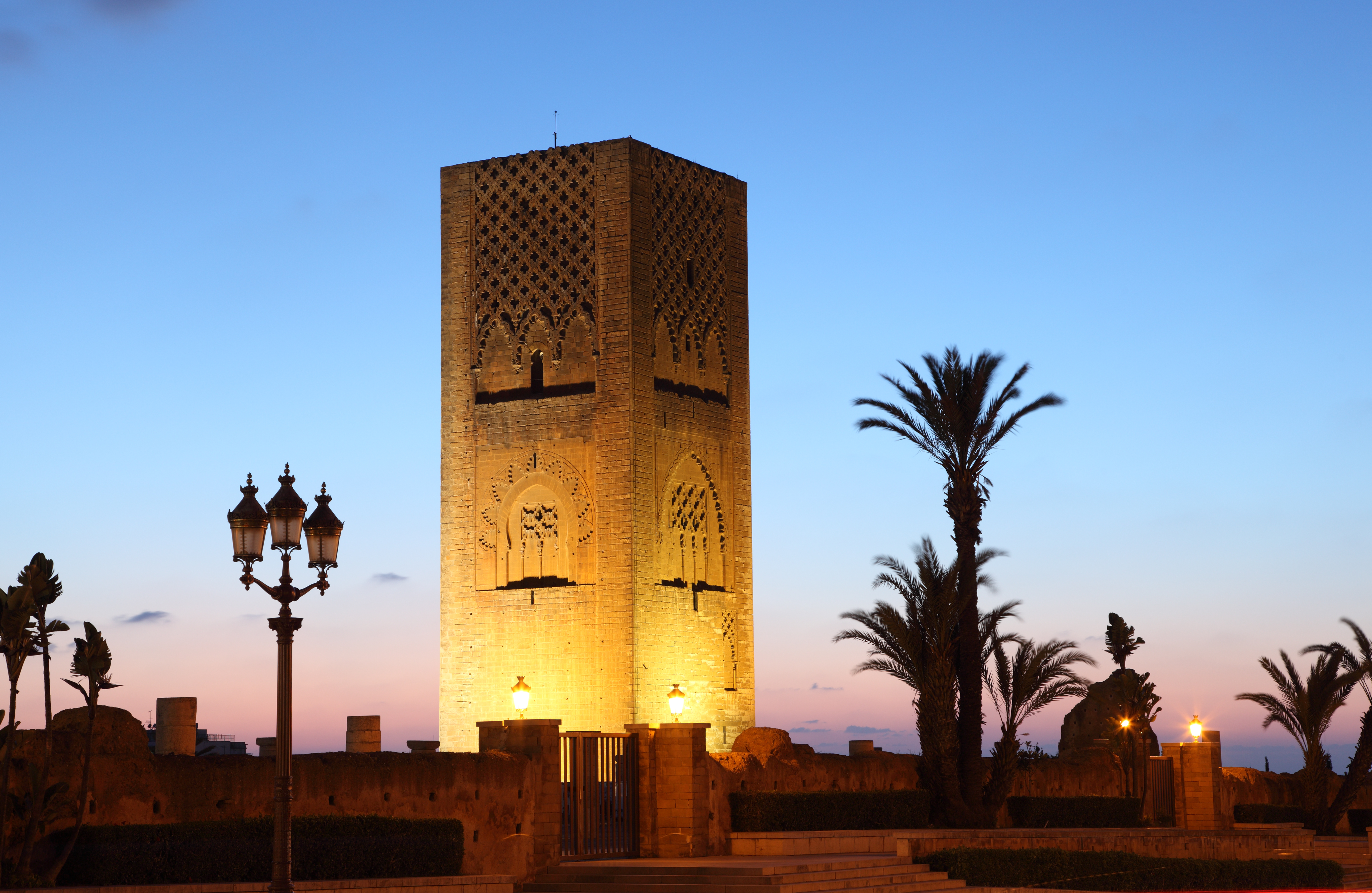 The «twin» tower of the Giralda is located in Rabat

January 28, 2020By Nuria HuesoPosted in Culture

This minaret, or attempt of it, corresponds to one of the icons of the city of Rabat. Its history is the work of the ambition of a sultan who at all costs intended to build the largest mosque in the world after that of Samarra in Iraq.

The precursor of the project was, back in the twelfth century, Sultan Almohad Yaqub al-Mansur, a leader of this powerful family, who pretended, against all odds, raises an image and likeness, a minaret like the one in the Koutoubia of Marrakech and the Giralda of Seville. Wanting to overcome, in addition, the beauty of the Great Mosque of Cordoba. However, the sultan died without seeing his great project finished and, consequently, he was paralyzed, leaving the construction to the media. For this reason, and because of the looting, fires, the Lisbon earthquake in 1755 and other events, currently the minaret that rises in front of the Mohamed V Mausoleum, is in the middle, as are the columns that would support the roof of the supposed mosque. The tower needed to have measured 60 meters, but stayed at 44.

Both the Hassan Tower, as this minaret is currently known, as the Mohamed V Mausoleum, found on top of a hill, so that from any point in Rabat they can always be divided. The mausoleum was the first independent king of Morocco and in this, his son and his son, Hassan II, are also buried.

The construction, which was forgotten, is an enclave of tourist interest in the city of Rabat. In a forest of columns of different heights, there is a furrow understood during your visit each during a beautiful walk through being able to see from the Rabat height from above with views of the Atlantic Ocean.

But, what is inside the Hassan II tower? This striking symbol of the Moroccan capital built with red sandstone, inside it instead of stairs this tower has ramps, like the Giralda, the prayer, person who makes the call to pray, could suffer on a horse to the top of the minaret.

It is a mandatory destination if you visit Rabat, there are only larger dimensions, some unfinished, they will actually surprise you. In addition, the stories that hide each column and the visit to the Mausoleum will make your visit an incredible experience that increases your knowledge about the history of this city and Moroccan culture.