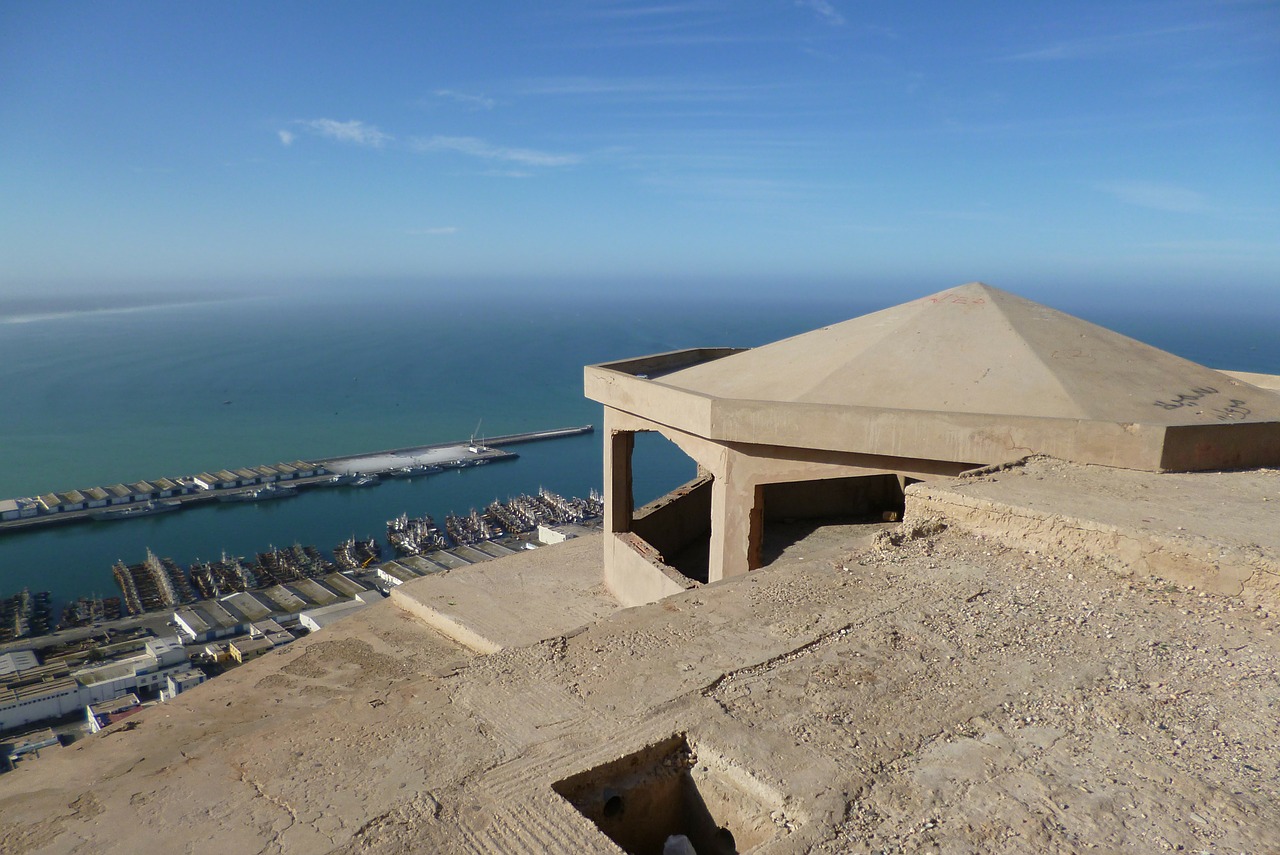 The story of a town from the Kasbah of Agadir

March 3, 2020By Nuria HuesoPosted in Culture

The history of Agadir is alive, and it is something that we can see just by taking a look at this city entering its streets. Among the architectural jewels that tell centuries and centuries of the city’s history, at the highest point of Agadir stands a fortress five centuries old. It is the Kasbah of Agadir, an old building with warlike and protective function that offers a spectacular view of the beach, the port and the city.

The old Kasbah, as it is popularly known, is a place very visited by tourists and the neighbors of Agadir and that offers photos from a viewpoint at 236 meters high. This kasbah or fortification was built between the 16th and 17th centuries and its style is very typical in the country.

These types of buildings were built to protect the population that lived in the lower part of the territory. Specifically, the Kasbah that can be visited today in Agadir is not the original. This was built later between the 16th and 17th centuries because the old one was demolished after an earthquake shook the city of Agadir leaving 15,000 people without life. For this reason, the old Kasbah that was 420 years old was replaced by the one that can be built today by Mohammed ech Cheik with the aim of assaulting the Portuguese settlers residing in the area. But, when they were expelled in 1541, the Kasbah was abandoned until 1746, when Sultan Moulay Abdallah moved back to the fortification in 1752.

Although it currently lacks the function for which it was built, its ruins hide hundreds of stories that it became in one of the most authentic and interesting places in all of Agadir. There are still some details that may have the historical importance of this building.

For this reason, it is a must to climb this hill where the ruins lie. They can be accessed in a “small taxi”, which is how taxis are in Morocco, by motorcycle or camel riding is also possible.