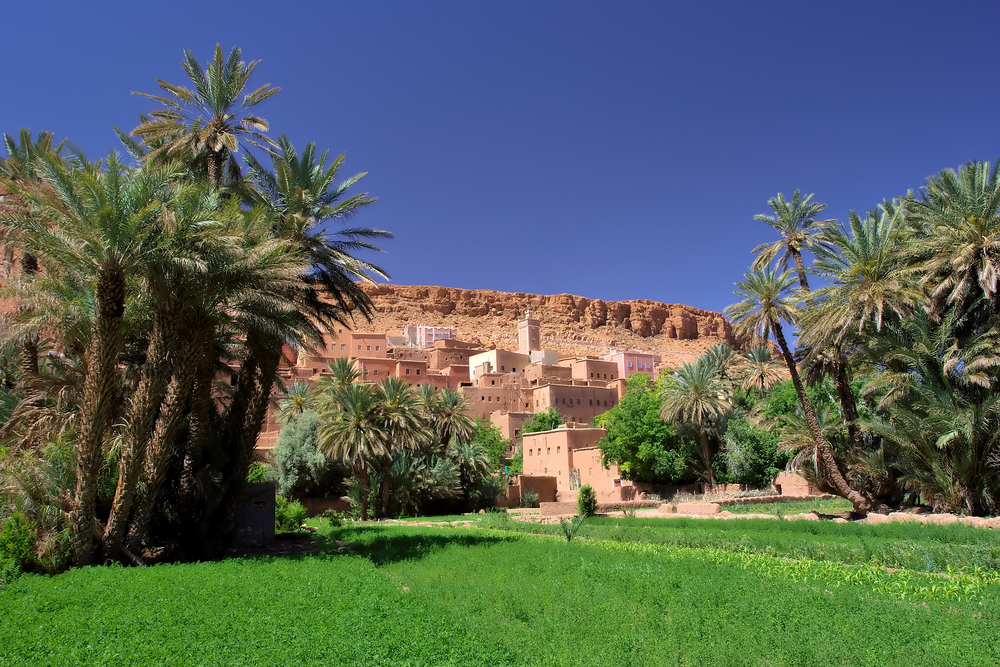 The Dades Valley: you have to see it to believe it!

May 19, 2019By adminPosted in Destination

This proposal will make of the visit to the city an authentic route to the southeast to admire the essence of Moroccan geography. This probably would be the perfect definition of the well-known Dades Valley, also known as “the road of the thousand kasbahs”. It ranges from Ouarzazate (located 192 km from Marrakech) to the east of Tineguir and the Todra Gorges. The valley is located in the southern oasis, where geological and mineral deposits abound. 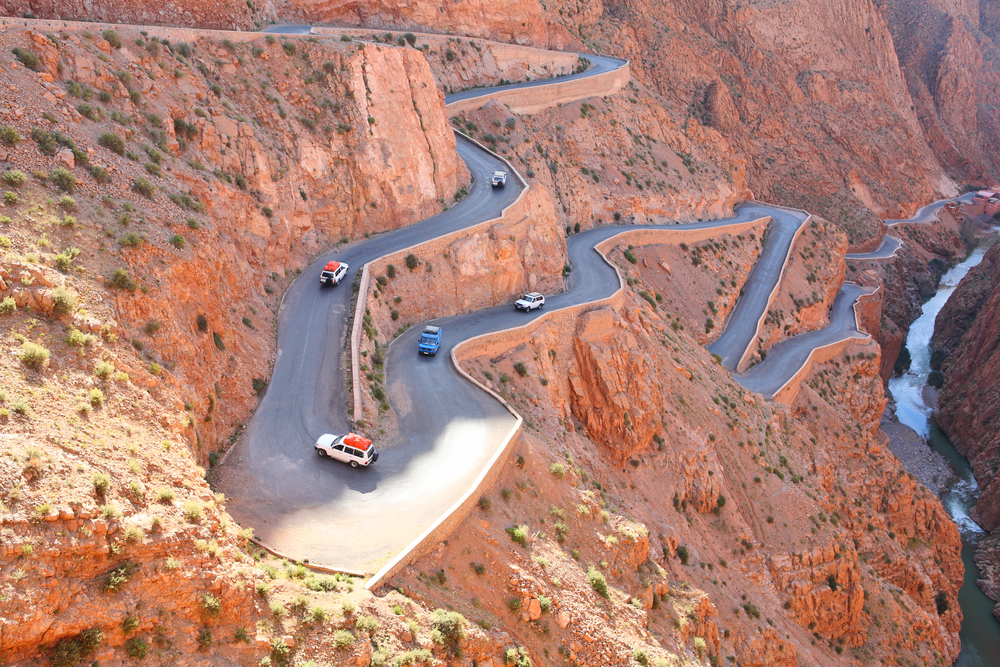 The area is inhabited by Berber tribes who are responsible for building local houses and castles fortified with adobe or kasbahs. What is more, the Dades Valley is rich in gorges and karstic canyons that form a landscape of eroded rock formations and folds, unique in the world due to the geographical and climatic conditions of Morocco. For example, the erosion of the Dades Gorges is known as the “monkey fingers” because of its rounded and stacked shape that seems to recreate the fingers of this animal (if you let your imagination conquer you). 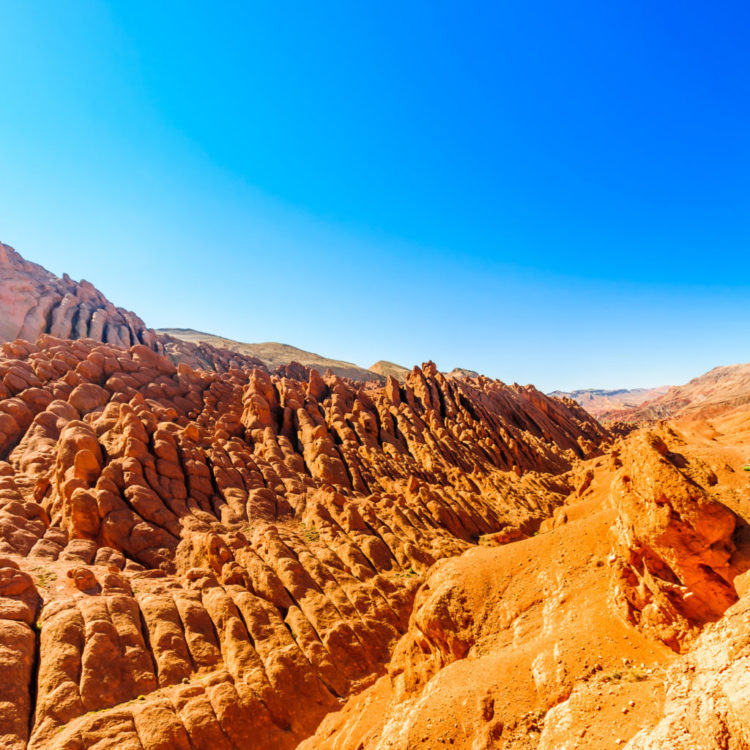 Ouarzazate, where the desert begins, is known as the gate to the desert that slowly invites you into the arid nature of the Dades Valley and a spectacular route that abounds with palm groves, villages and forests. The Dades Valley owes its name to the river that meanders through the mountains, the Dades River, that rises between the high Atlas, on the slopes of Jebel Ayachi, and is a tributary of the Draa River, near Ouarzazate, where it forms the El Mansour swamp. As the furrow continues, it turns everything that comes into its path into an oasis: poplars, almonds, palms and many more plants that can be found in the local vegetation of the Dades Valley. The difference between an oasis and the rest of the landscape is so dramatic that it proves the rule: only where there is water there is life. 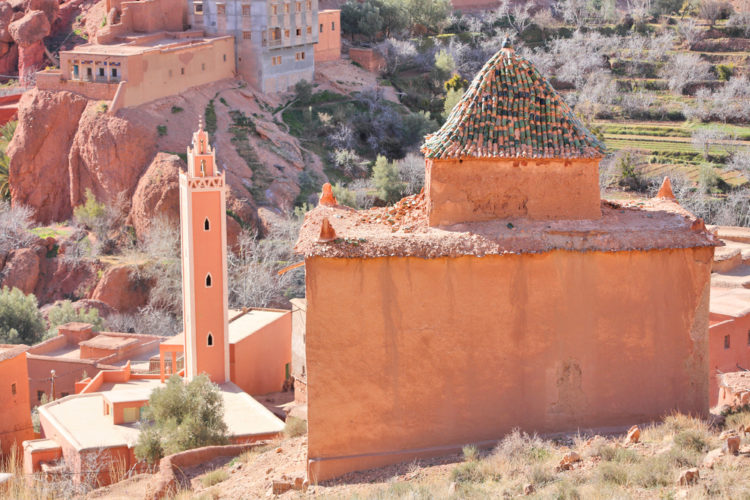 Depending on where you look, the landscape will be completely different. Its wild essence and the white tones of the snowy mountains blends perfectly with the peculiar semi-desert tones of ocher and terracotta that you can only imagine if you see it with your own eyes.

It is a charming and quiet town, with easy access to another places of interest, such as the Boumalne Dades or the Todra Gorges, which are well worth a visit because ot its unique rock formation, the most notable feature of this valley’s scenery. 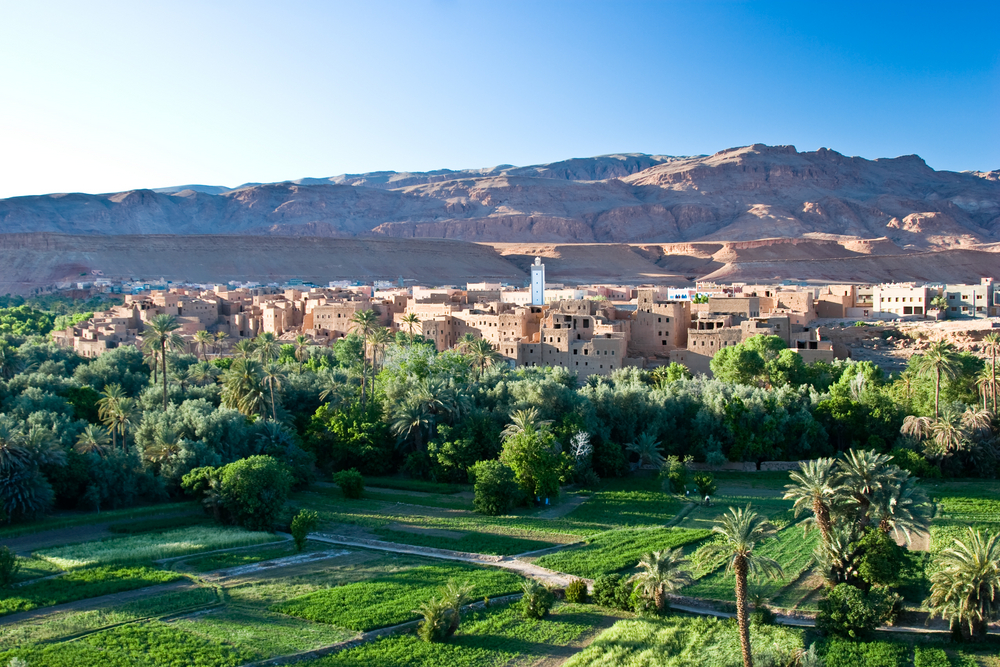 You can visit the Dades Valley in a couple of different ways: by car, or, if you do not have your own car in Morocco, you can also rent it. Another option is to take part in an organized excursion, for many the most cost-effective and much more comfortable option that the previous one.