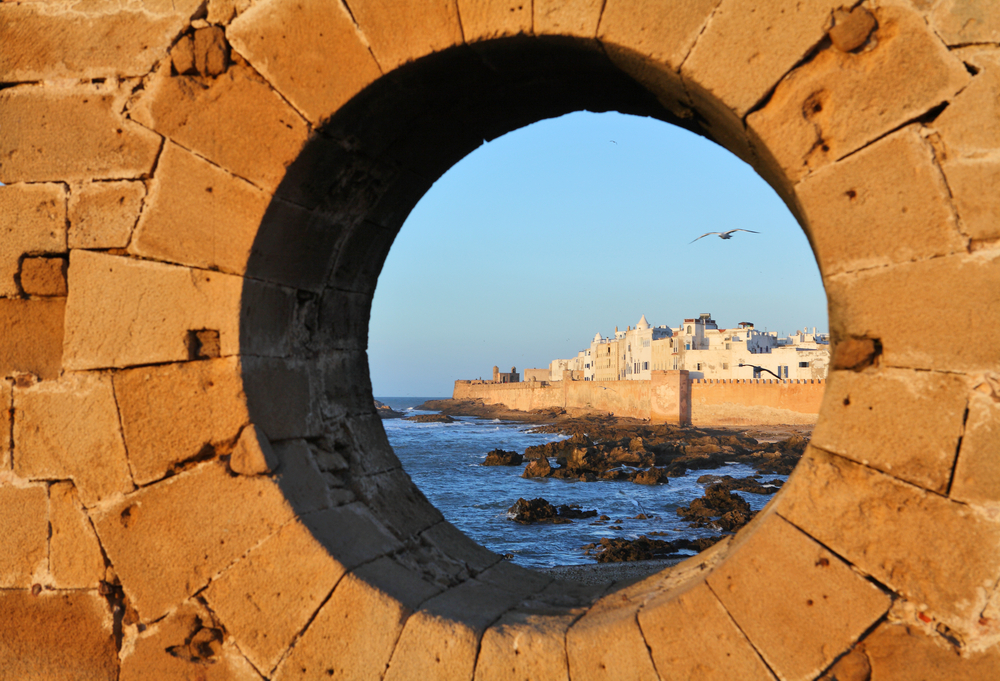 February 23, 2020By Nuria HuesoPosted in Culture

If something has Essaouira is history. A past that you can observe from all points of the city. Although in previous centuries the city was much smaller, it was very limited by a great wall that protected any attack and the waves of the Atlantic. To this day, it still retains this function. With a total of 19 copper cannons placed flanking each cut, today it is a very special enclave and in this post we will tell you why.

After walking and visiting the Medina of Essaouira, we suggest you climb to the top of this coastal town. From the well-known Mulay el Hassan square, Skala de la Ville is called the city wall. Being one of the most attractive places in Essaouira, this location allows you to divide the location from a unique perspective. These walls are a defensive 18th-century building belonging to one of the most valued architectural jewels in Essaouira.

The landscape that can be seen from this fortress is magical because it offers a picture in the combination of two horizons: the Atlantic and the moroccan. After climbing some stairs, this photogenic enclave invites you to divide the medina from above. A painting that you cannot resist a photograph. In addition, his famous “eye” of Essaouira, which will sound as a very photographed circle.

After taking some snapshots of the place and the views, from which you can see the famous port of Essaouira, you can walk along the wall and from a specific point you will be able to see the island of Mogador. A land surrounded by water that during the Phoenician and Roman times was used for the production of a specific dye, the purple one, of the specific specific its middle name: The purple island. On the other hand, if your visit to Skala de la Ville moves in the afternoon, a sunset from the top of this fortress can be a great option.

If you are a fan of Game of Thrones, then you will remember in the third season this fantastic enclave. Skala de la Ville was a stage used by the North American series to record the walls of one of Khalessi’s fortresses. The wall, with a row of cannons, is the perfect backdrop for any cinematographic piece with warlike themes.

Your access is cheap. Entering Skala de la Villa has a price of 10 dirham that come to be € 1. It is worth taking a walk through this magnificent enclave from which to appreciate the beauty of this coastal city par excellence, one of the most important in terms of the fishing sector and one of the most chosen to spend a quiet holiday in Morocco.