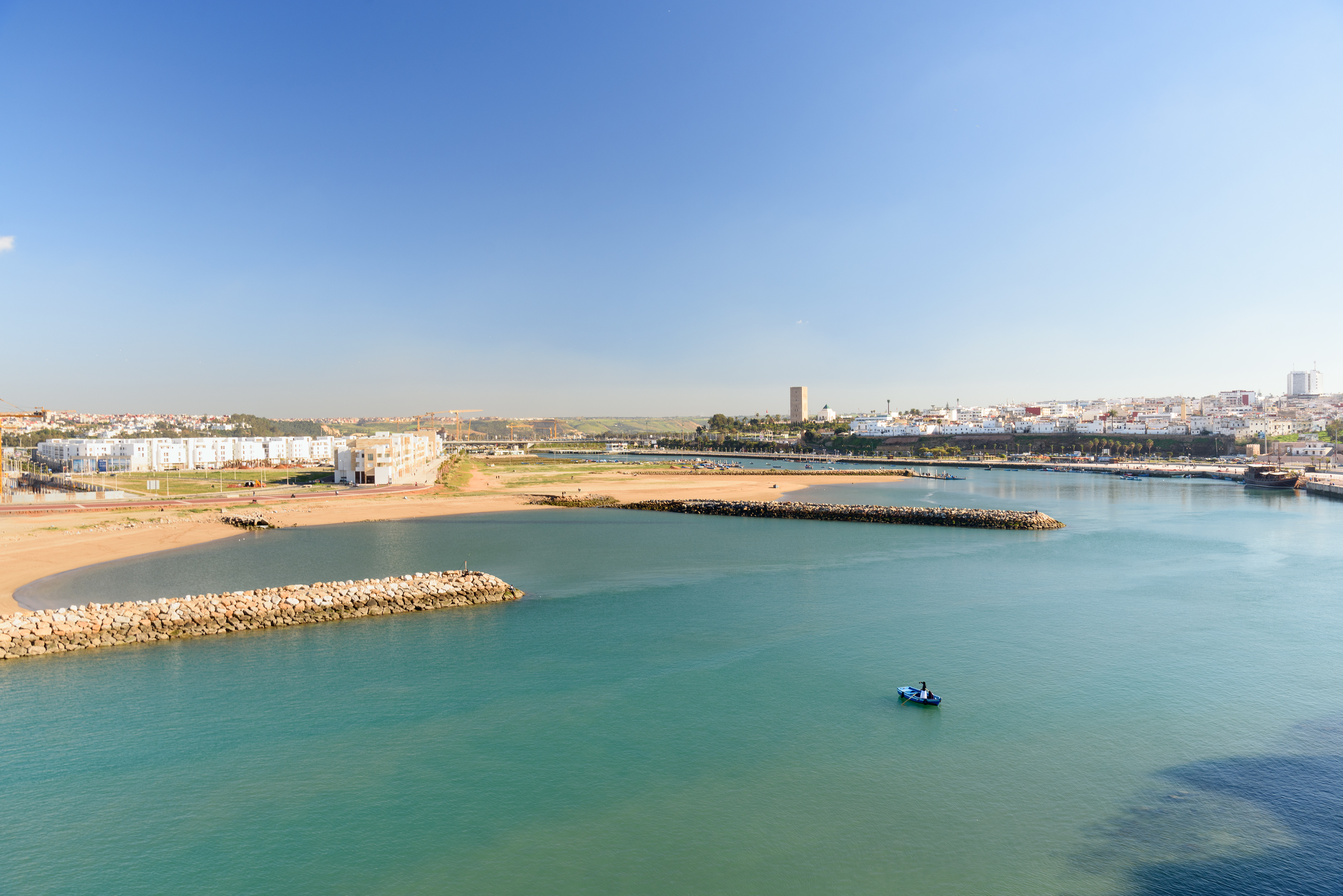 Rabat and Salé, face to face by a river

February 4, 2020By Nuria HuesoPosted in Culture

The Rabat region, better known as Rabat-Salé-Kenitra, is home to the economic capital of Morocco. On the shores of the Atlantic coast, the great Bu Regreg river flows into this region, origin of the settlement of many civilizations throughout history. Currently, this river gives life to the city of Rabat and separates it from the neighboring town Salé. Both, face to face, make up an area that concentrates the second largest population focus in Morocco because, according to the 2004 census, they were followed by Casablanca.

Salé has always grown periodically alongside Rabat. Specifically, in the years where Sultan Mulay Zaydan ruled, in 1627, with the support of the governor of Salé, proclaimed the independence of this second town. Thus, between the Republic of Rabat and Salé, the Republic of the Two Banks was founded, where Salé was destined for privateer activity against Christian ships until two centuries later.

Later, after World War II, the United States controls the area through military presence. These took the former French military base and made it their own Air Force until Mohammed V revealed the withdrawal of these bases.

At present, the civil airport belongs, in fact, to Salé, instead of Rabat, as we know it popularly. From the center of the Moroccan economic capital, the Salé airport is 7 kilometers away, so it is accessible to transfer to it, mostly by taxi or bus.

However, connections between this city separated by the Bu Regreg River are booming. Taxis, buses and, above all, trains and trams, connect both areas perfectly. Intercity vehicles such as trains connected stations to other peripheral neighborhoods to access as easily as possible to the rest of the city such as Agdal or Tabriquet neighborhoods. In addition, at present, Rabat and Salé look to the future with greater connections between the two due to the implementation of trams and 32 stations between both areas since 2010.

This dormitory city of the Moroccan capital, is growing and is currently in constant urbanization and modernization but continues to be characterized by its tranquility compared to its neighbor. Among its attractions are the seven doors that surround it, such as the Bab Sebta to the north, Bab El Mrissa to the southeast, Bab Bouhaja, to the south of the former, Bab Septa to the east, the north Bab Mrissa and Bab Chaafa, to the northwest of the Medina

A city with a labyrinthine medina and an authentic fishing port that is out of tourism and crowds, nothing to do with Rabat. In Salé you can enjoy the most traditional and unique Moroccan atmosphere.