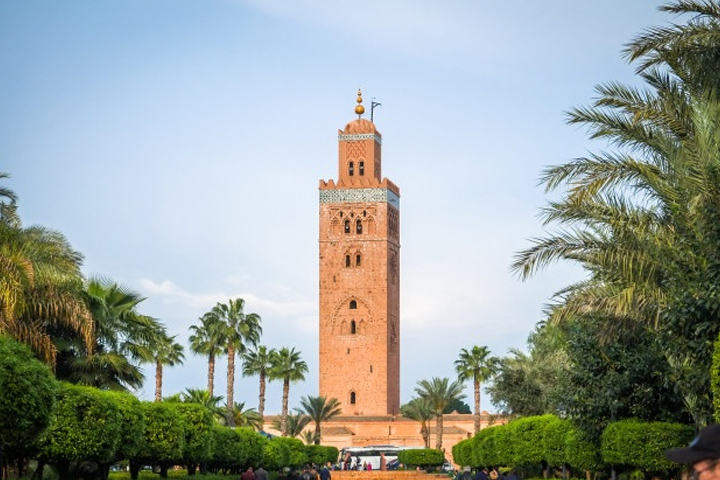 Koutoubia, the twin sister of the Giralda tower in Seville

March 6, 2019By adminPosted in Travel Guide

As if they were a mirror, the cities of Marrakech and Seville share in their history the beauty of these two towers: Koutoubia and the Giralda, that are as alike as two peas in a pod.

In the famous Jamaa el Fna Square, next to the Mohamed V Avenue, a mosque, protected by a minaret of almost seventy meters high, rises above the ground and is a reference for the city of Marrakech and the monument that most represents the city. The Koutoubia Mosque is an iconic religious building in Marrakech that stands out as one of the most beautiful buildings in North Africa.

Although its construction began in 1141 by Caliph Abd al Mu-min, it was not until 1158 when this place, with access only for Muslims, adopted the image that we can now contemplate with 17 ships distributed in 60 meters high and 90 wide and a central courtyard with two porticos.

The minaret is the highest point of Marrakech and it is forbidden to construct buildings at higher altitude than the tower to maintain it as a main point of reference. As a final point in this masterpiece, there are four balls in gilded copper placed on top of the building. Its reddish color like the sand of the desert blends perfectly into the environment of this historic city.

Such is the beauty of Koutoubia that it served as the reference for one of the greatest symbols of Andalusia in Seville, the Giralda.