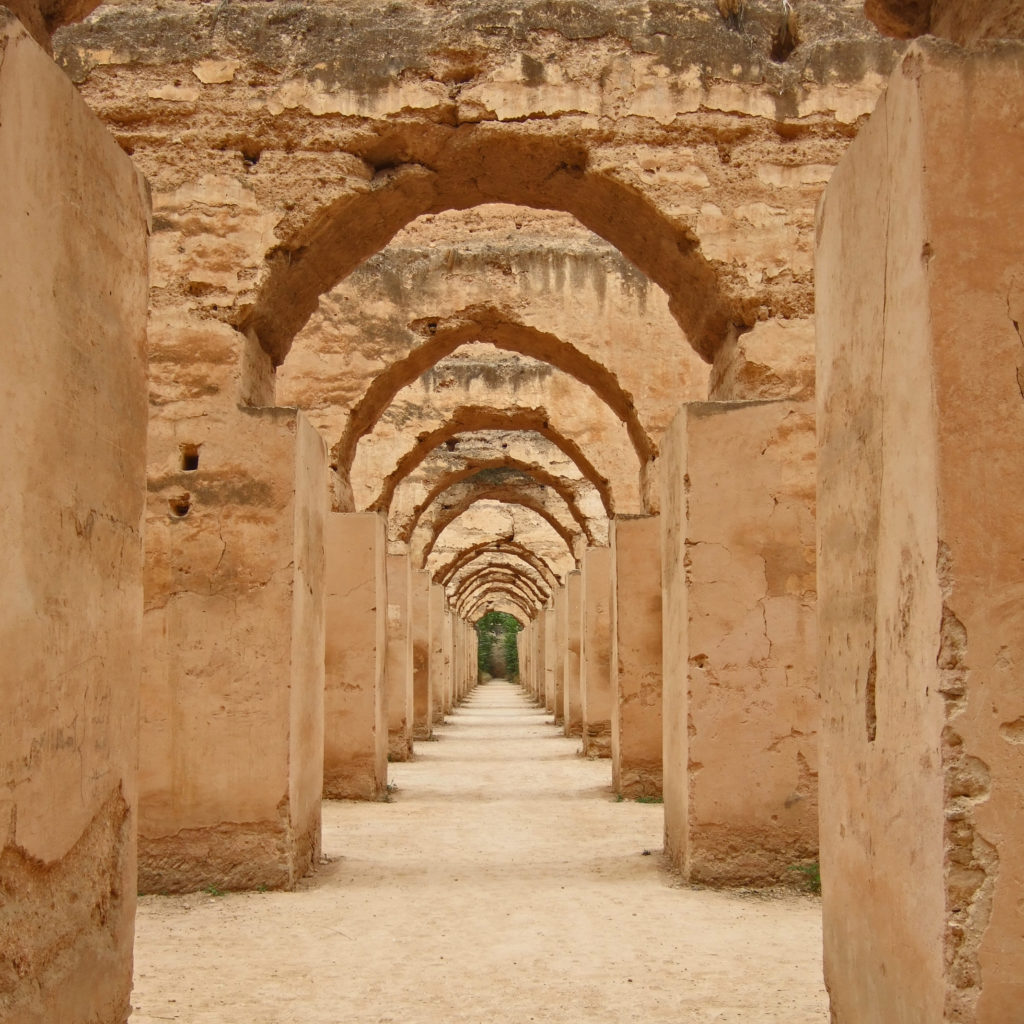 The Hri Souani and the Basin of Agdal: awakening of the senses through the water

June 2, 2019By adminPosted in Travel Guide

The beautiful past of Meknes, which had its greatest splendor during the seventeenth century, as well as the architectural evolution that Mulay Ismail contributed to the city, led to these two jewels that in principle have no relation in terms of the visual elements that make them unique, but in reality are closely linked. A visit here allows an incredible insight into the city’s past and proves to be both an interesting and educational trip.

The first one, the Hri Souani, known for being the stable of Mulay Ismail, is a long building of enormous proportions, as, according to the stories and legends of the time, it used to house up to 12,000 horses inside its 23 ships, supported by pillars and arches. However, the flat roof, located at the part of the building that was used to keep horses, collapsed around the eighteenth century as a result of an earthquake. 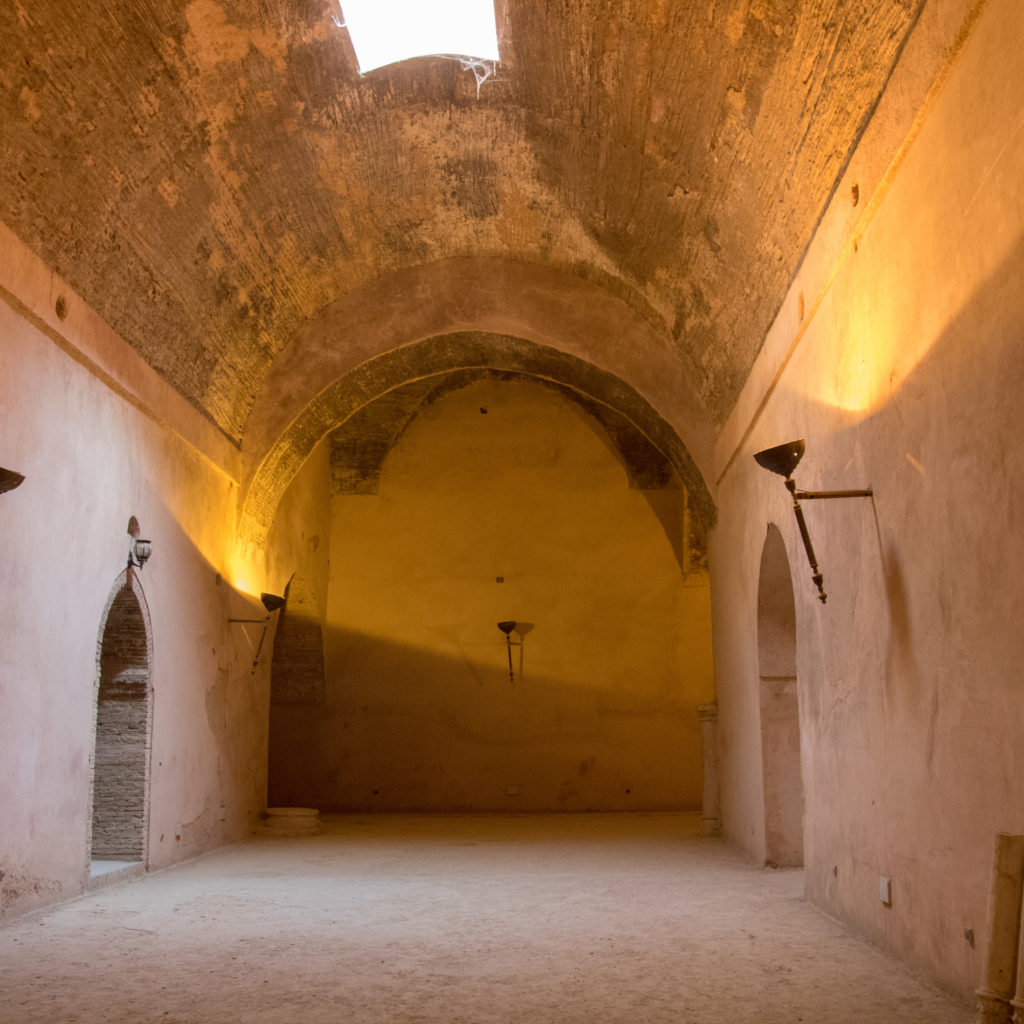 Despite all that, it was also used as a barn to store the food, based on the 10 large rooms and the wells found in the subsoil, thereby creating a system of channels to keep the interior cool and comfortable in warm temperatures and to supply water in the area, which is the reason why sometimes it is called “Dar el Ma“, that is to say, the house of water. 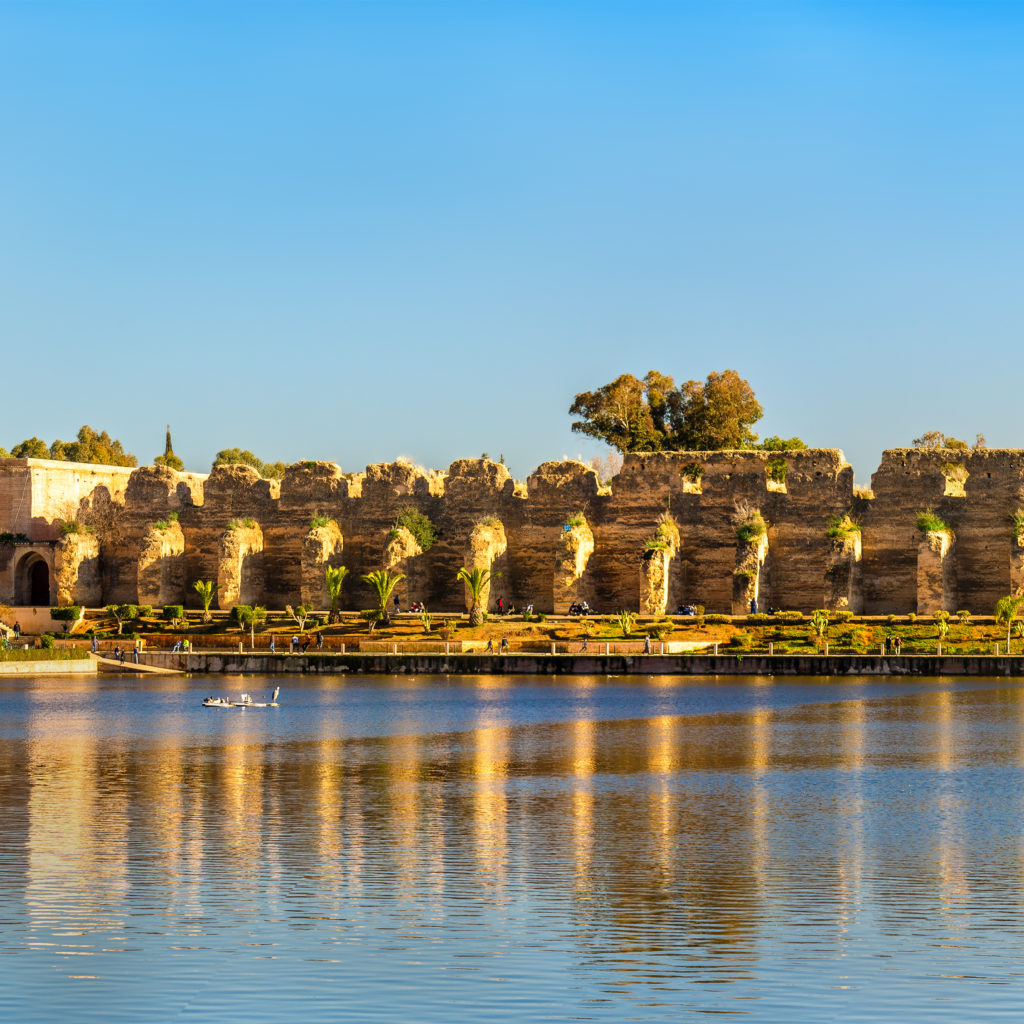 Precisely from the top of the building, from its terrace, where a garden is located, you will encounter another jewel, the Basin of Agdal, a monument that also has the liquid element as the main protagonist, since it is a large body of water that arrived until the harem and the gardens. The complex boasts four hectares of surface with a complex system of underground channels of several kilometers and, at the time, it constituted an enormous drinking water reserve.