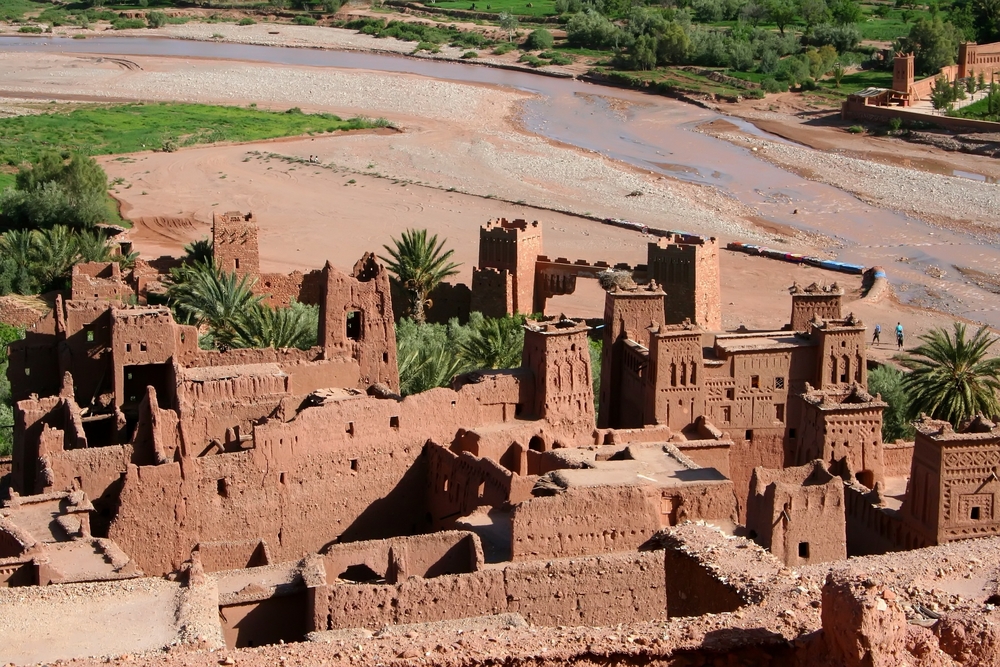 May 11, 2019By adminPosted in Destination

Around 190 km from Marrakech, to the south east of this North Africa country and crossing the Ounilla River, you will encounter one of the most spectacular sceneries in Morocco. Ait Ben Haddou is a Berber village located on the side of a hill overlooking the Draa valley.

On the way to the desert, Ait Ben Haddou is a destination in which you have to make a stop to stroll around its old town. It is a famous tourist destination as it is one of the most beautiful places in the country and the area has been used as the setting for numerous films. The desert landscape mimetize with desert dust, palm trees and sand, making it a unique place in the world, a true paradise in the middle of the High Atlas Mountains and the Sahara desert.

Ait Ben Haddou is a classical example of the kasbah as it is a Berber fortress that brings together people that are being protected behind a wall. The kasbahs are architectural complexes built with adobe and mud and surrounded by towers meant for defensive functions. The Berber villages were walled and its main purpose was to defend the crops, the houses and the palm groves. 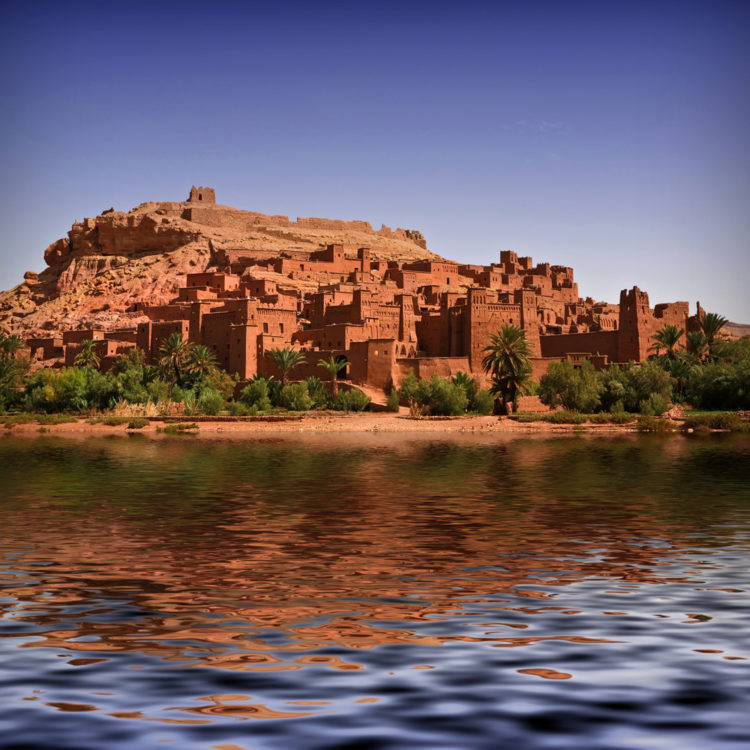 Although the ancient kasbahs in general are not in a good state of conservation, Ait Ben Haddou is one of the most accurate of all Berber fortifications and only by looking at it we can easily imagine how it looked in the past. The exact date of construction of this kasbah is unknown, although it is believed to date back to the eleventh century. What we know exactly is that since 1953 this city has been protected by the authorities, besides being a World Heritage Site by UNESCO since 1978.

One of the roles that this city had and that made it the most important fortification in the area was its strategic function. The city controlled the largest trade route of its day that linked the old Sudan with the imperial cities: Marrakech, Fez and Meknes, providing strong economic health.

A stroll by the town

A stroll by the town is an interesting and enriching experience. Another option in favor of this place is that the area has been used as the setting for numerous films. such as Lawrence of Arabia, The Jewel of the Nile, Jesus of Nazareth, The Last Temptation of Christ, The Mummy, Alexander the Great and even Game of Thrones! For example, the huge door built at the foot of the kasbah is not original. It was  constructed with concrete so that Michael Douglas could crash with the plane in the movie La Joya del Nilo. 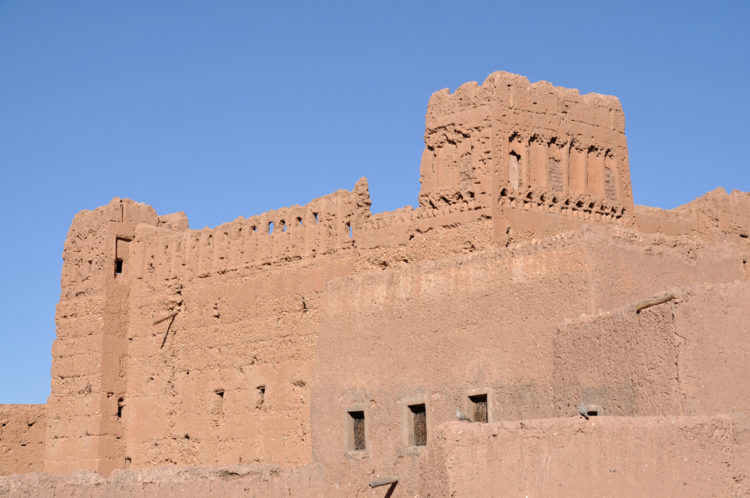 Another important characteristic of the town is its steep inclination and if you are planning to visit the city during summer time, it is recommended that you drink a lot of water as you will have to climb stairs and ramps in order to get to the city. The experience will be amazing and unbelievable but also can be exhausting. Nevertheless, it is really worth going up and walking through the streets full of adobe walls and colorful shops. In fact, one of the most recommended attractions of this town is to climb to the highest house on the hill, which formerly served as a fortified barn, from which one can contemplate incredible views of Ait Benhaddou and the entire valley.

While you are walking through the kasbah, you may be lucky enough to have a Bedouin offer you to enter his house. Accept it! For only a few dirhams you can visit a typical Berber house with incredible views overlooking the whole city. 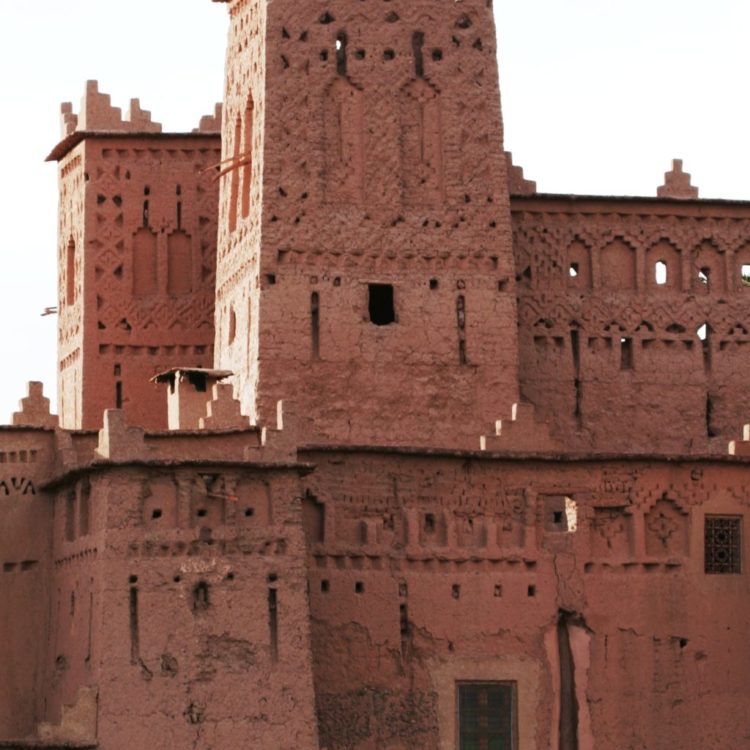 How to get there?

Ait Ben Haddou can be visited by going on an organized trips with different departures such as: Marrakech, Ouarzazate, Zagora etc. The most common is to have an organized tour or a tour that allows you to contemplate this place and other points of interest in the area, for example Magic of Marrakech and the desert, that will allow you to see all important places. With this tour you can leave the country with the certainty that you have seen must-see attractions from all over Morocco.

Nevertheless, you can choose another option ithat s to hire a taxi for less than 200 dh (€ 20 approximately) from Ouarzazate or from Marrakech for only 600 dh (€ 60). A money that won’t drive you broke since the trip from Marrakech lasts around three and a half hours until you reach this iconic Moroccan destination.