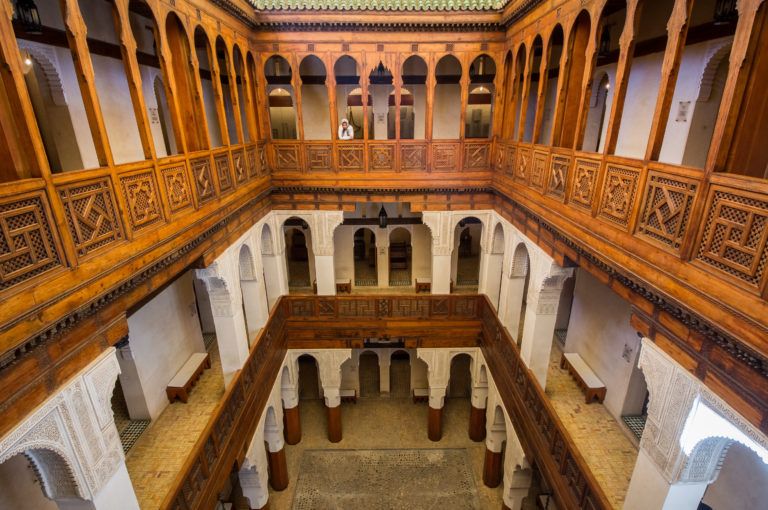 3 museums you should visit during your stay in Fez

If you want to get to know more about the culture of Fez, visiting museums will be a wonderful opportunity to learn more about the Muslim world. Fez has many museums that can turn your excursion into a very rich cultural visit.

The Dar Batha Palace houses the Museum of Arts and Traditions. It is a Spanish-Arab palace of the late nineteenth century with an extensive collection of art and objects of traditional Moroccan crafts. The Dar Batha museum is an authentic space that houses historical pieces such as wood carvings, tiles, Fasi embroidery, Berber carpets and ancient musical instruments.

According to the visitors, perhaps the most pertinent room may be the one that houses the Moroccan ceramic collection with pieces from the beginning of the 14th century. It is said that this collection is one of the oldest in the Arab world. Moreover, the fact that all the pieces are made by craftsmen from Fez is the reason why it arouse the most interest.

After having visited the collection of traditional objects of the Museum’s showcases, a walk through the Museum’s gardens and admiring the exteriors of the palace will be the icing on the cake of your trip. The garden was designed with the maximum andalusian style. Full of orange trees and holm oaks, the Dar Batha museum is a calm and relaxing environment, where you can enjoy the tranquillity of the nature’s majesty after having been surrounded by lots of noises in the streets of the city centre.

The Museum is located next to the Batha hotel and close to the door Bab Bou Jeloud and the Medersa Bou Inania. It opens every day from 9:00 a.m. to 5:00 p.m. and the entrance costs 10 dirhams, which is approximately € 1.

If you have other interests you will definitely be able to enjoy doing them in the city. Fez has a museum where you can find a multitude of weapons and items that display the history of war of Morocco. It is located in a military fort on the top of a hill from where the best view of the entire city is perceived.

This 16th century fortress became a museum in 1963. Currently it houses an incredible collection of weapons from the different civilizations that Morocco has known throughout its history. Although the Military Museum of Fez is mostly composed of weapons from Morocco, it also contains weapons of different origins and cultures, such as European, Asian, etc. 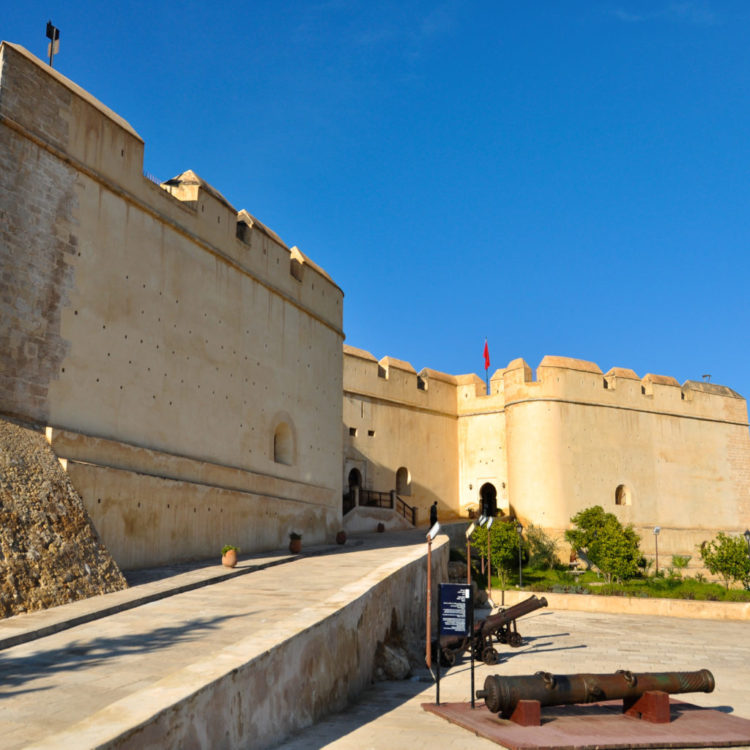 The magnificent collection that is displayed for public viewing include spears, swords, rifles or daggers. Among these, there is a five-meter-long cannon that dates back to the Battle of Alcácer Quibir, also known as the “Battle of Three Kings”, that took place only one hour and a half from Tangier. Currently, the Military Museum of Fez is the largest military museum in Africa. It is remarkable not only for its numerous pieces, but also for the quality of these items.

The museum is located in the Borj Nord, the fortress that offers breathtaking views over the city of Fez. The entrance price is around one euro, that corresponds to 10 dirhams. The opening hours are from Wednesday to Monday, from 9:00 a.m. to 12:00 p.m. and from 15:00 a.m. to 6:00 p.m.

Another point of interest in Fez is the Museum of Art and Crafts of Wood. The Nejjarine Museum, located in the square of the same name, has a multitude of wood carvings made by hand by master craftsmen of the city.

Initially, this impressive two-story building was built with the function of being an inn, an establishment in which the merchants were provided food and housing in the 18th century. Later, with the arrival of the French protectorate, the building was turned into a police station.

The Nejjarine Museum of Art and Crafts of Wood has within its collections, among others, decorations, musical instruments, furniture and many more. Furthermore, here you can find the incredible door of the Medersa Bou Inania, which leads to the conclusion that this museum should be seen as a genuine work of art. UNESCO was well aware of the splendid of the Medina of Fez and declared it a World Heritage Site in 1916.

Fez gives visitors a great opportunity to admire a unique collections and to travel deeper into Moroccan culture through exhibitions that are great places to learn about the natural sciences or art. In Fes, a city that is profoundly influenced by traditional Arab culture and architecture, you can benefit from a colourful programme with collections that will help you to plunge into the Moroccan way of life down to its most mundane and yet important aspects.