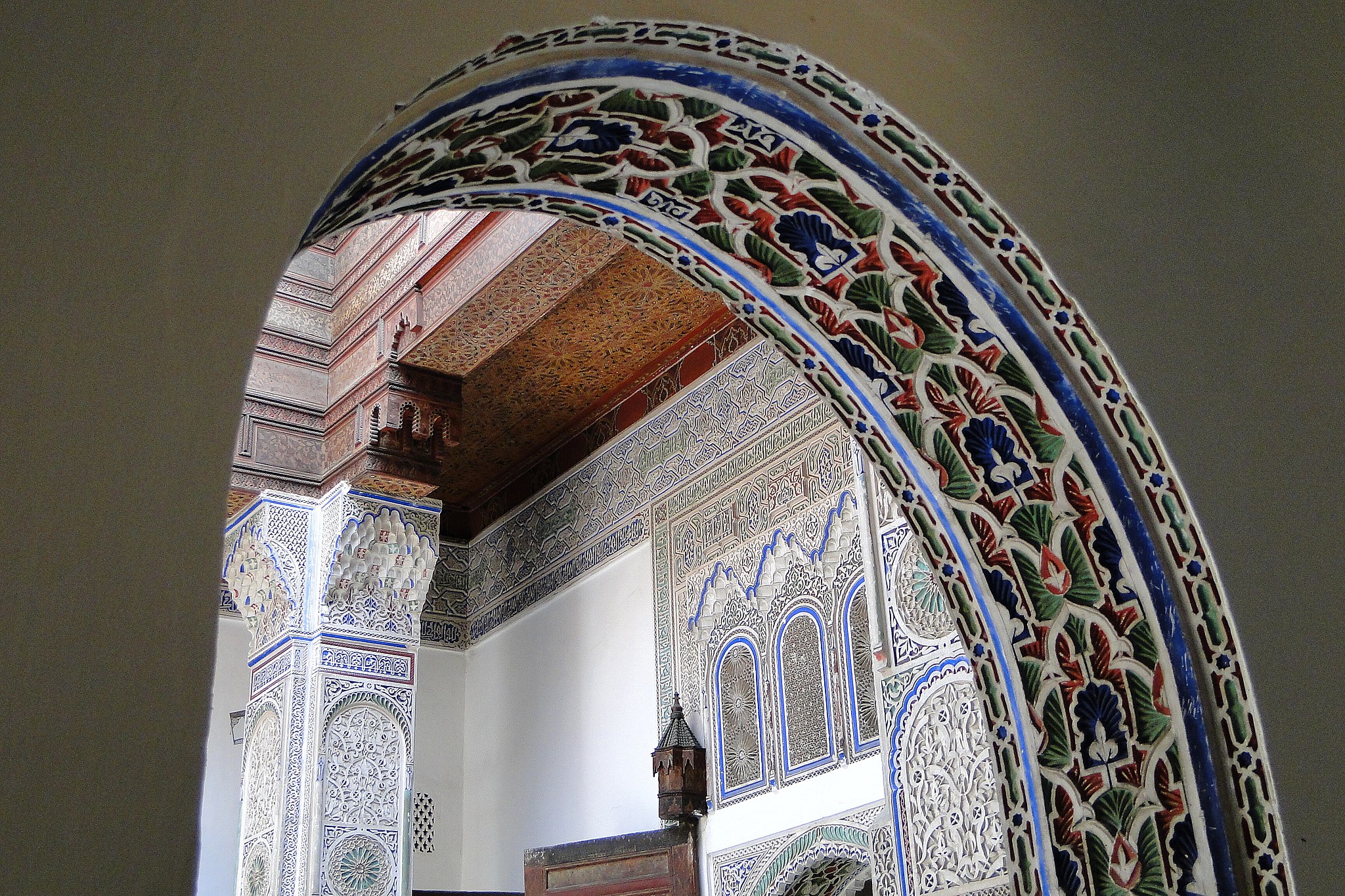 More than a Museum of Moroccan Art: the secrets of the Dar Jamai palace

October 29, 2019By Nuria HuesoPosted in Culture

Beyond the architectural riches that we can find in our visit to Meknes, the current Museum of Moroccan Art, the Dar Jamai de Meknes, is one of the buildings built for the illustrious Jamai family. This, during the construction of the palace had to move to Fez and thus be built another palace with the same name. At the north end of the main square of the medina, El Hedim, stands one of the most beautiful buildings that can house the city.
Built in 1882, this palace was the home of two of the ministers of Moulay El Hassan, a character that can be seen just by observing the carved wood and metal doors that frame its facade. Nor do their elegant windows, bright and colorful tiles and the wood and stucco carving that exalt the appearance of the Andalusian-style cabin with more than two hundred years old, go unnoticed.
On the other hand, the structure of the palace is made up of parts: first we find the patio, the living room and the upper floors, where the exhibitions take place and on the other hand the garden is situated. Among the pieces exhibited in the halls of this wonderful palace currently used for the presentation of Moroccan culture, a sample of all Meknes’s own trades such as joinery, furniture painting, clothing manufacturing such as caftan, belts, jewelry stand out , ceramics, among other instruments. They also include collections such as carpets or traditional costumes that often attract the attention of visitors to show the richness of styles that houses the Moroccan cultural community.
On the other hand, a part of great tourist attraction are the Dar Jamai Gardens, next to the palace. Fruit trees and cypresses extend around the building offering a relaxing environment that becomes the haven of peace par excellence in the center of Meknes.
Since 1920, after being, in addition to the residence of different personalities and also used as a military hospital, the Dar Jamai Palace became one of the most important museums in the Moroccan imperial city.
The visiting hours of this magical enclave are open from 10 in the morning until 17:00 except for the closing Tuesdays. Its price corresponds to 10 dh, that is, € 1.
Visiting this space is an opportunity to delve deeper into the typical Moroccan architecture and an excuse to get to know the culture of this historic and important city.